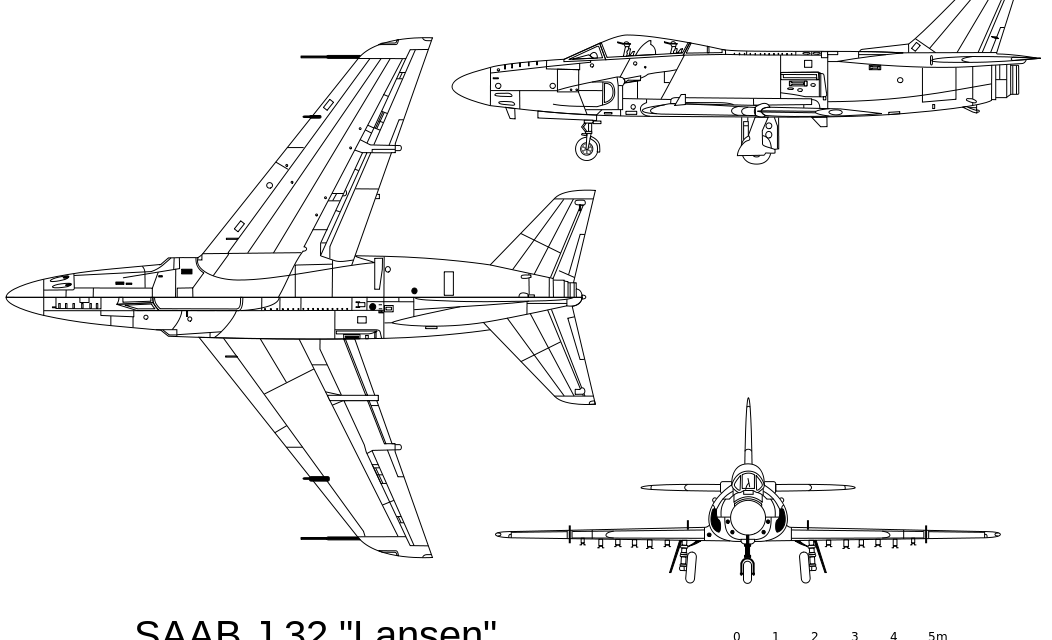 The Saab 32 Lansen (English: “Lance”)[Nb 1] was a two-seat, high transsonic attack aircraft produced by SAAB from 1955 to 1960 for the Swedish Air Force (Flygvapnet). During its long operational life, the Saab 32 also served as a fighter, reconnaissance, electronic warfare and a target-tug aircraft.

The Saab Company was approached in 1948 to develop a turbojet-powered strike aircraft to replace a series of 1940s vintage attack, reconnaissance and night-fighter aircraft in the Flygvapnet: the Saab B 18/S 18, J 21R/A 21R and J 30 (de Havilland Mosquito). The design was initially designated the P1150.

Swedish Air Force requirements for the P1150 were demanding: the aircraft had to be able to attack anywhere along Sweden’s 2000 km (1,245 miles) of coastline within one hour of launch from a central location. It had to be capable of being launched in any weather, day or night… 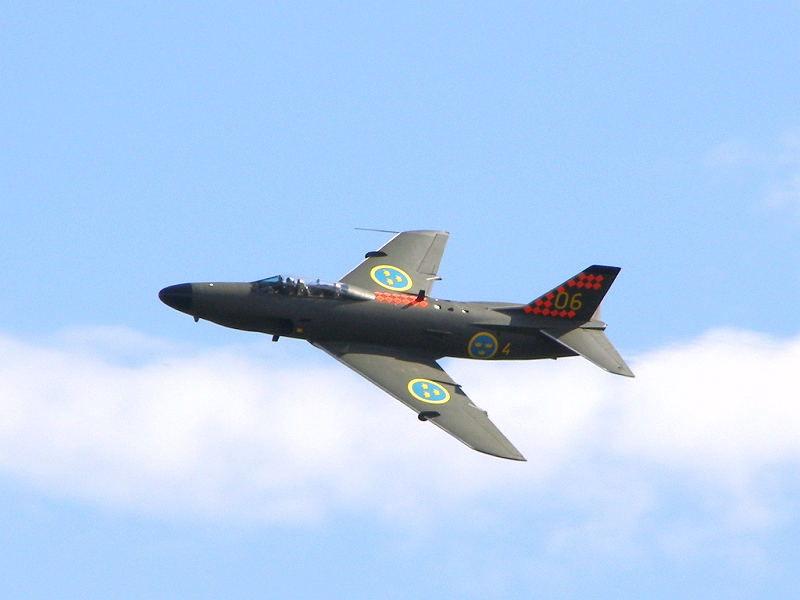 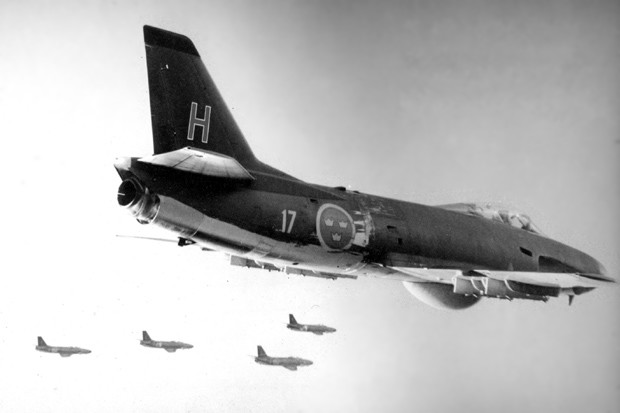 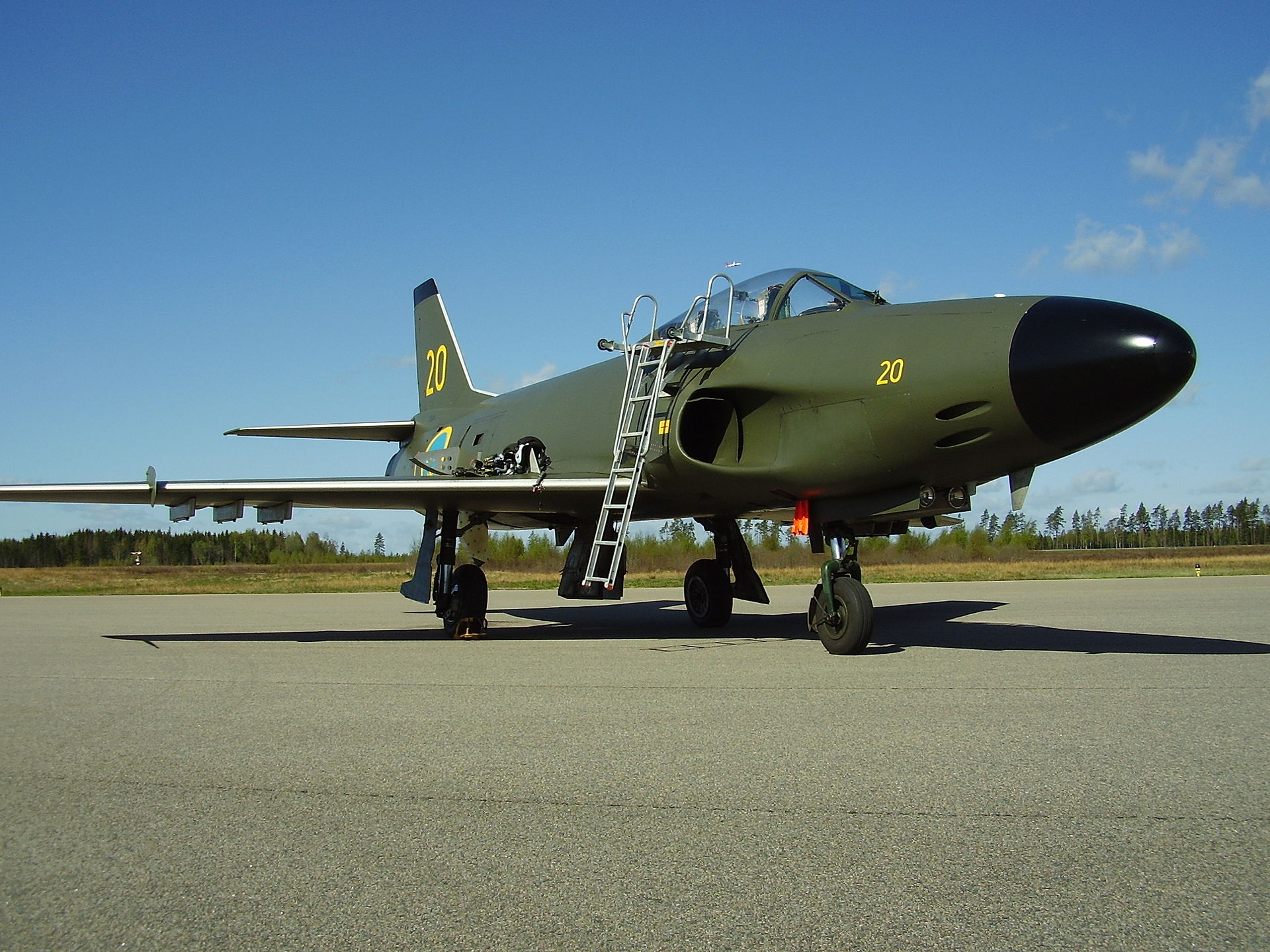 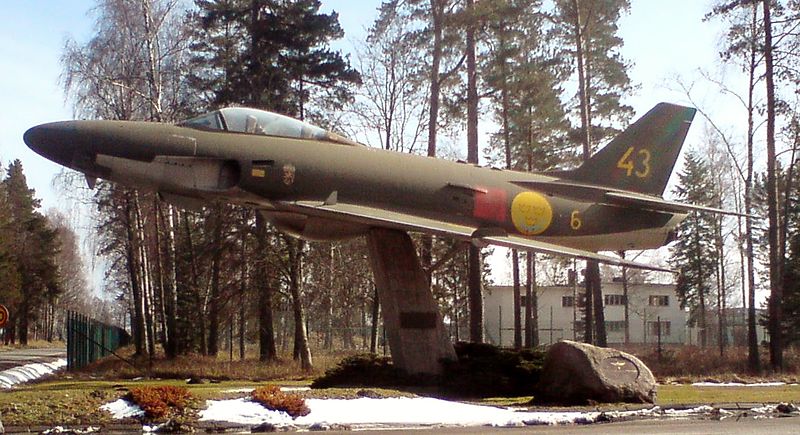 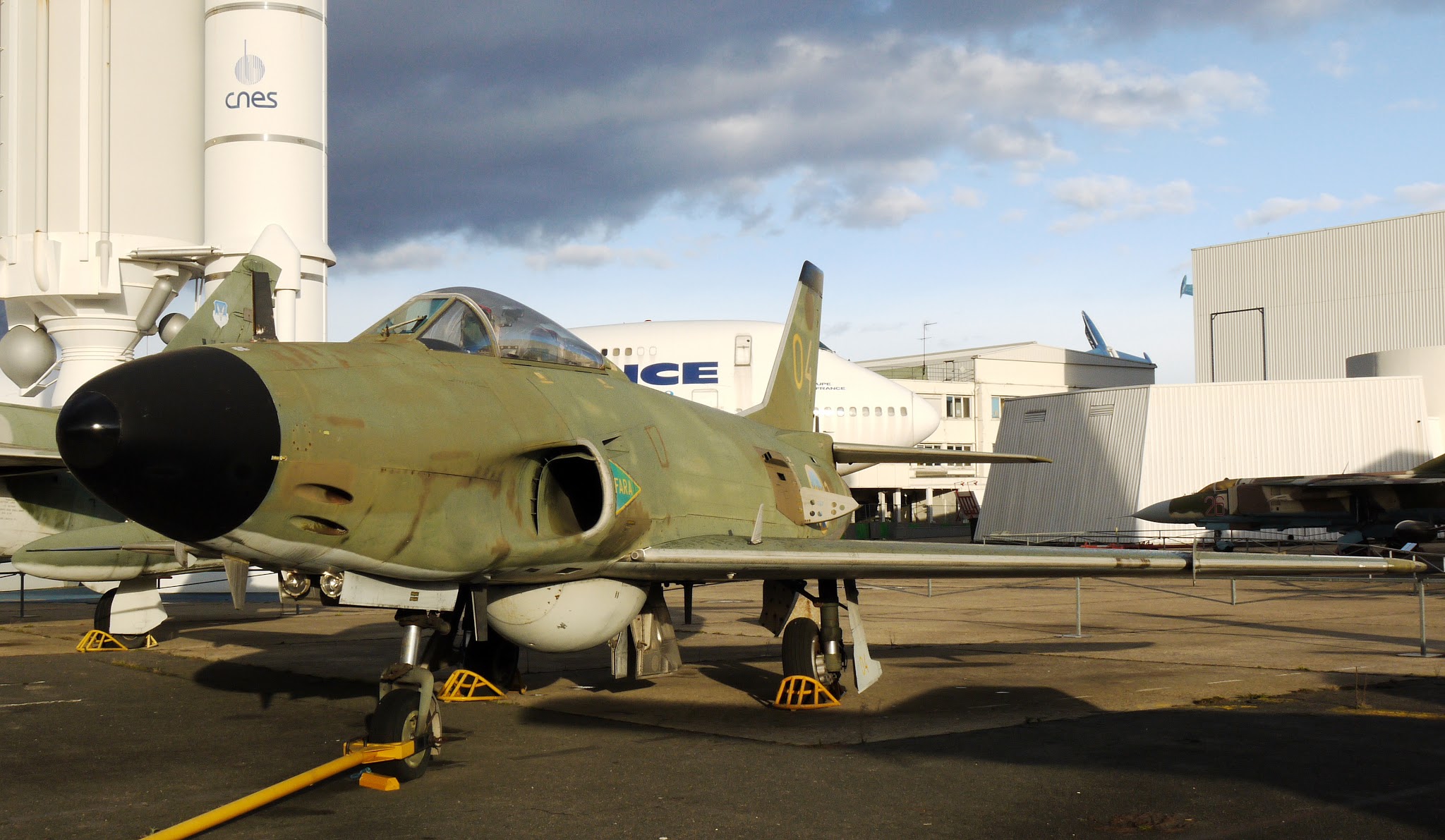 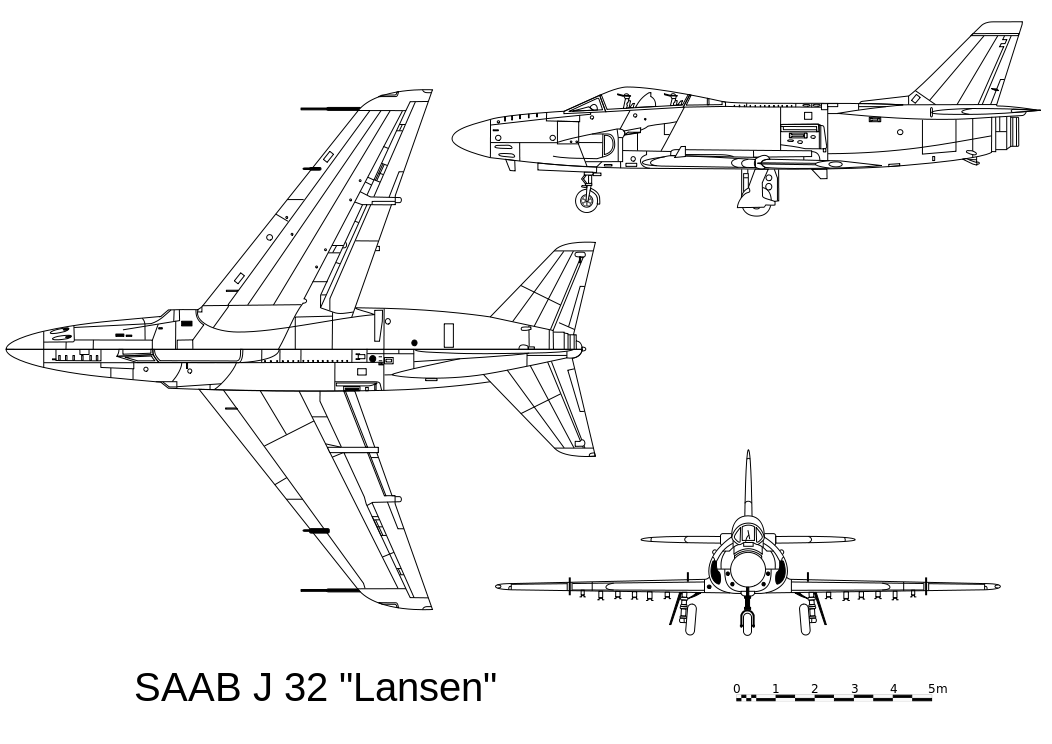 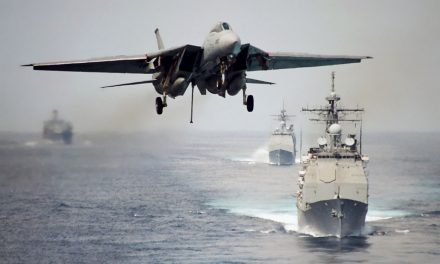 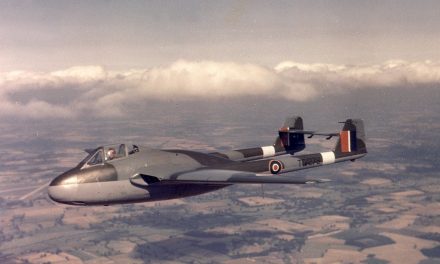 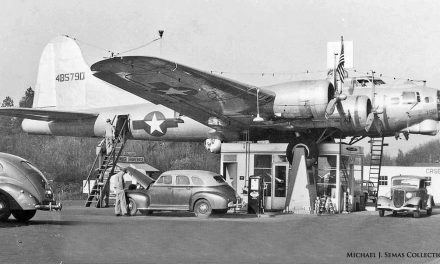 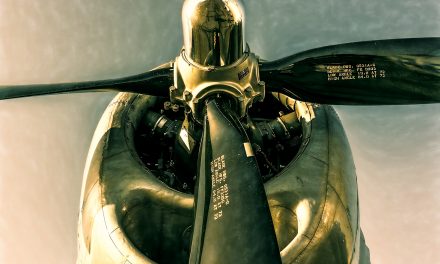