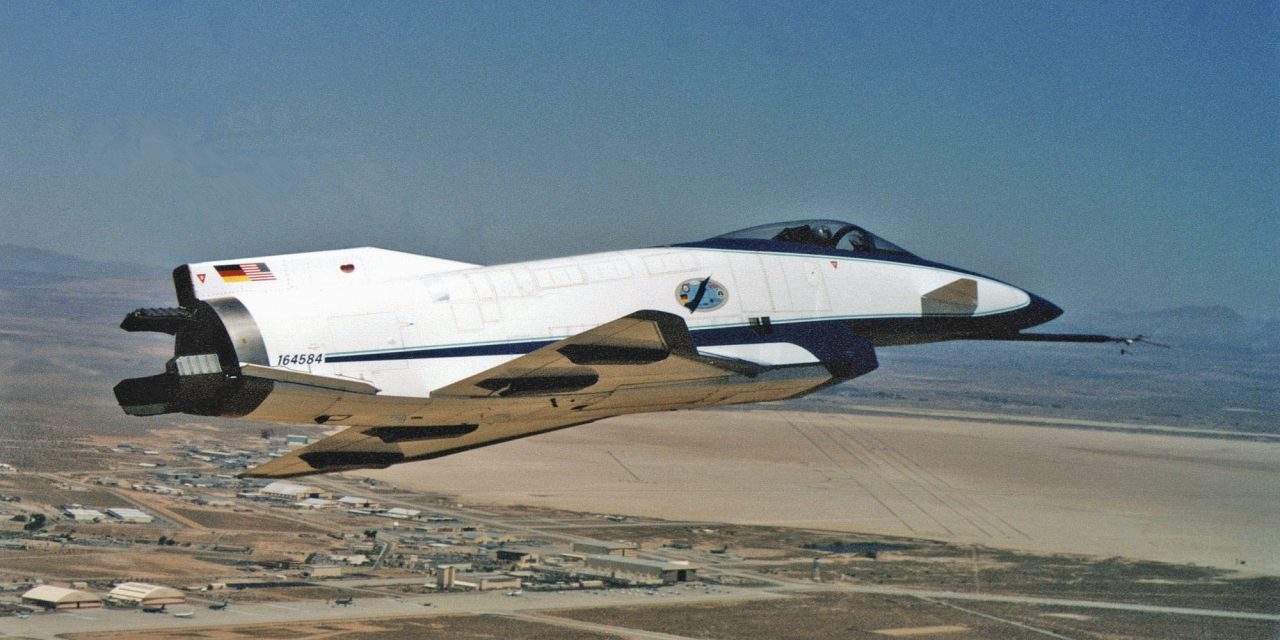 The Rockwell-Messerschmitt-Bölkow-Blohm X-31 Enhanced Fighter Maneuverability program was designed to test fighter thrust vectoring technology. Thrust vectoring allows the X-31 to fly in a direction other than where the nose is pointing, resulting in significantly more maneuverability than most conventional fighters. An advanced flight control system provides controlled flight at high angles of attack where conventional aircraft would stall.

Two X-31s were built, with the first flying on October 11, 1990.[1] Over 500 test flights were carried out between 1990 and 1995. The X-31 featured fixed strakes along the aft fuselage, as well as a pair of movable computer-controlled canards to increase stability and maneuverability. There are no horizontal tail surfaces, only the vertical fin with rudder. Pitch and yaw are controlled with the aid of the three paddles directing the exhaust (thrust vectoring). Eventually, simulation tests on one of the X-31s showed that flight would have been stable had the plane been designed without the vertical fin, because the thrust-vectoring nozzle provided sufficient yaw and pitch control….. 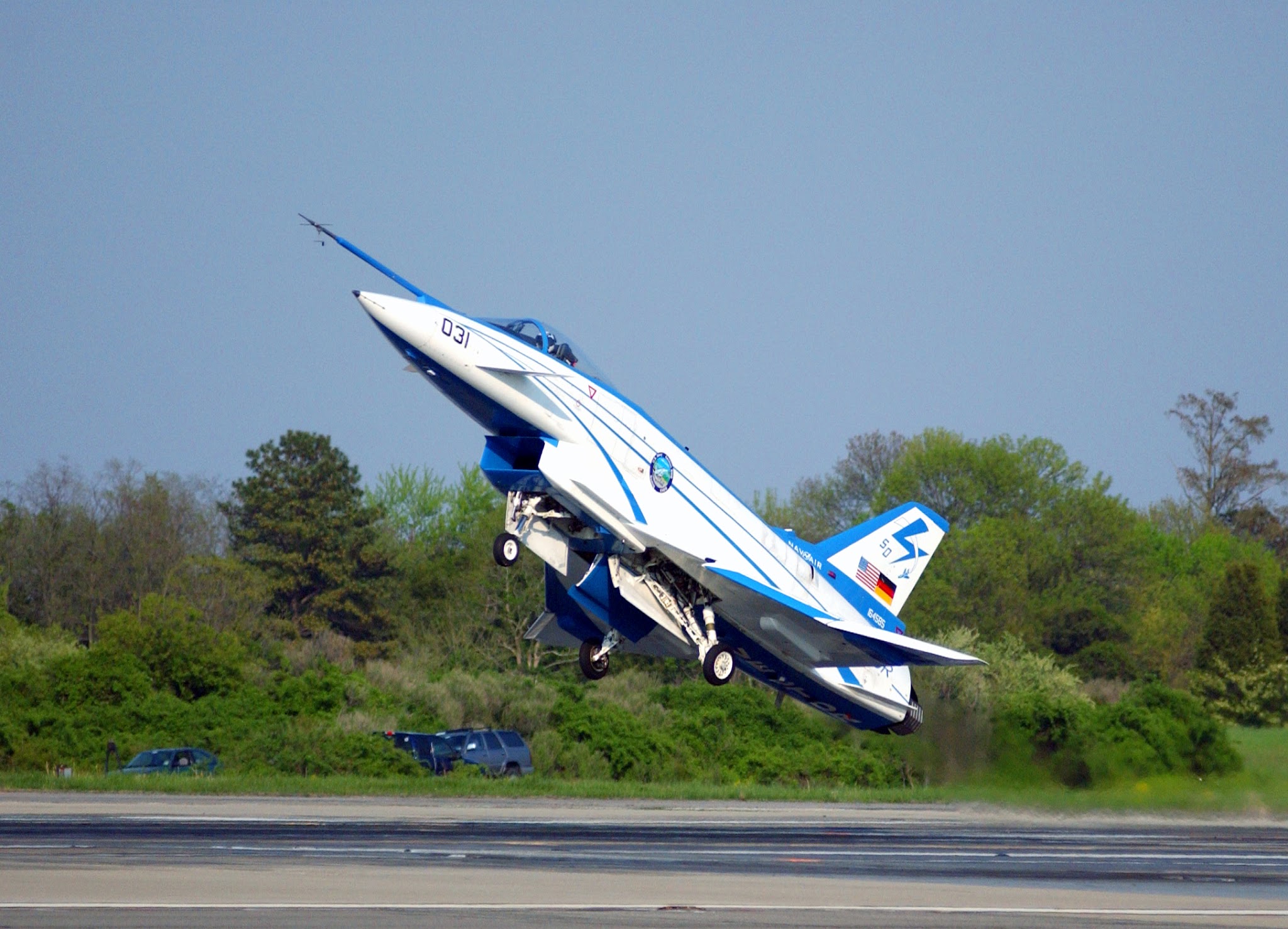 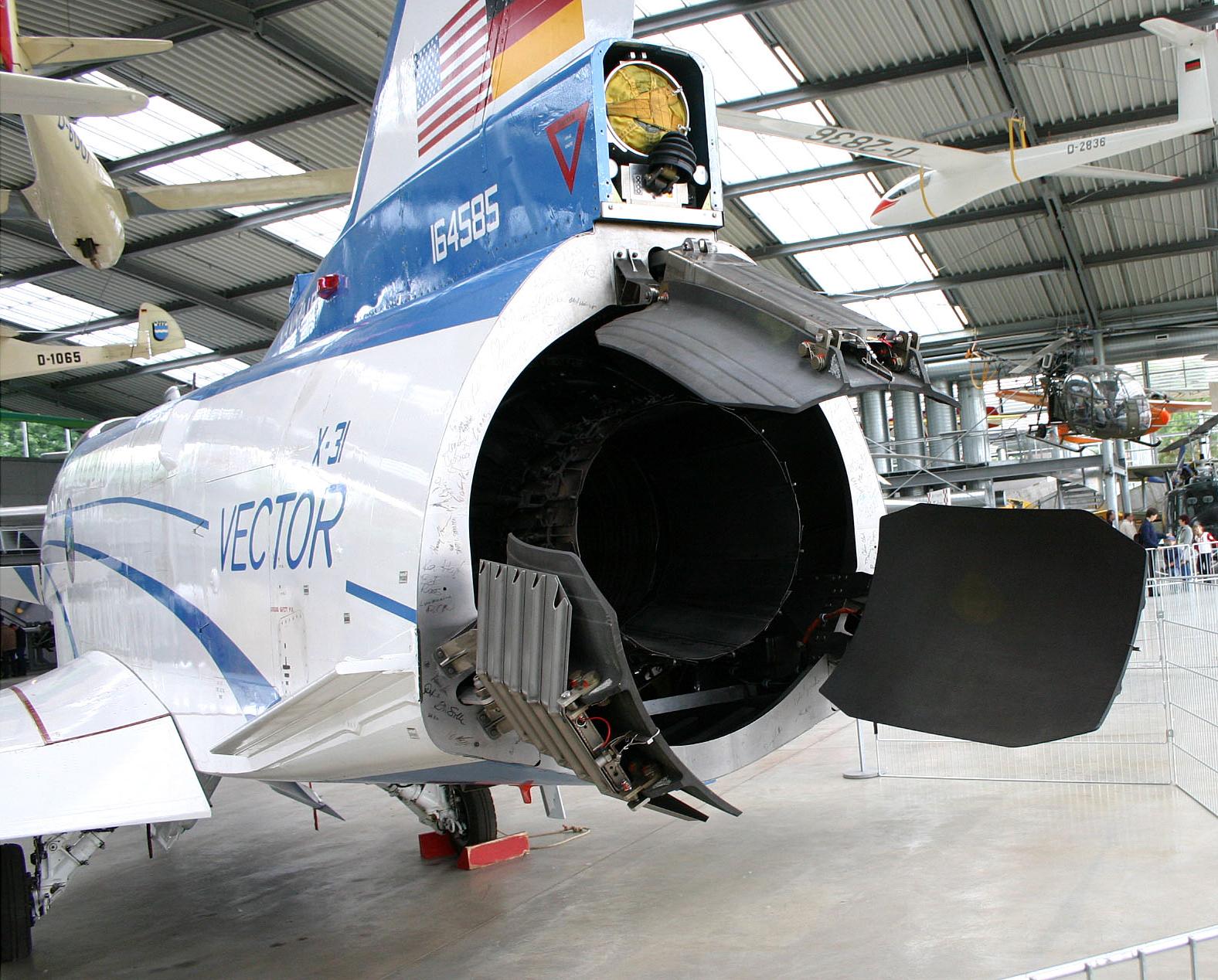 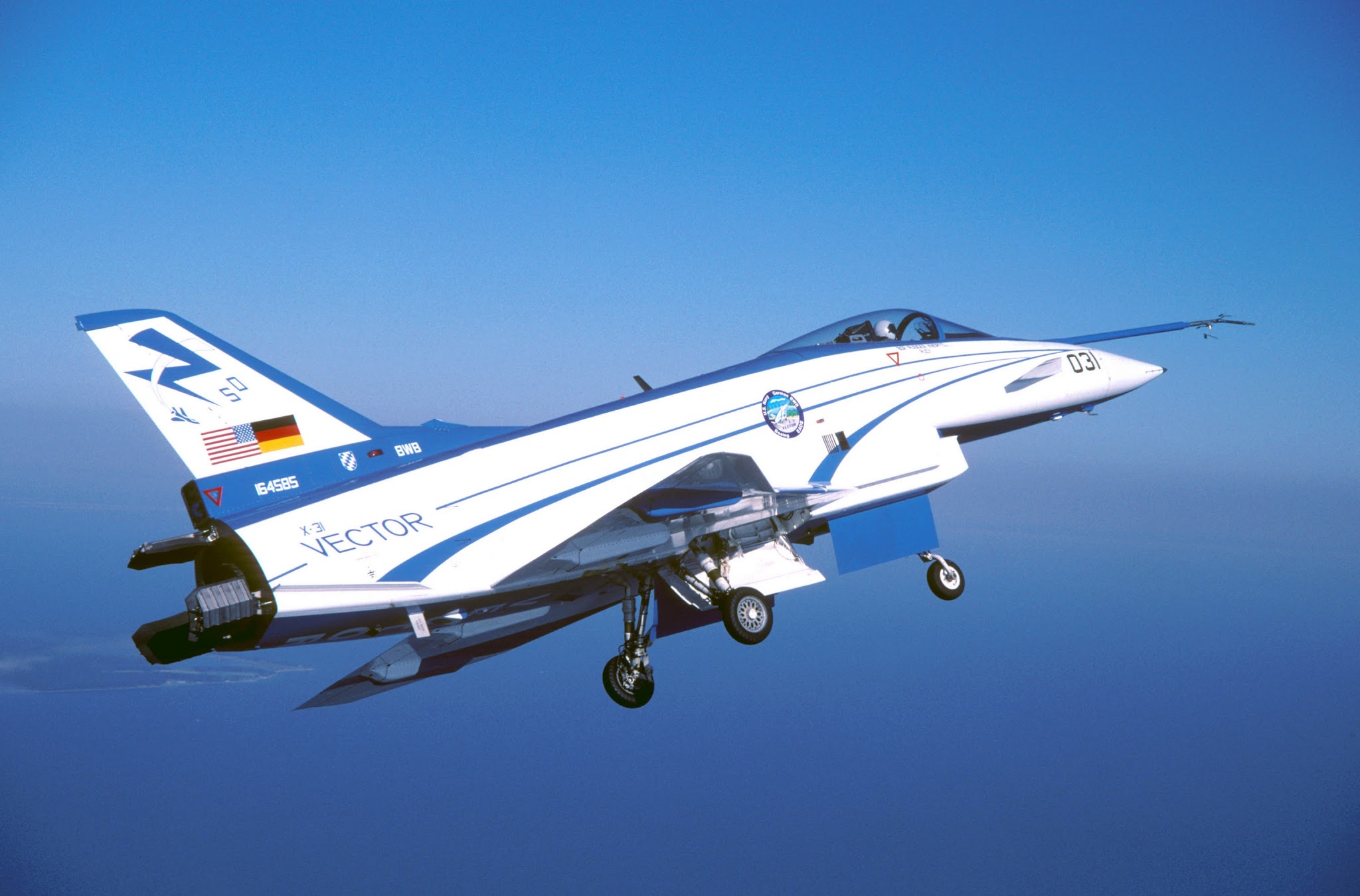 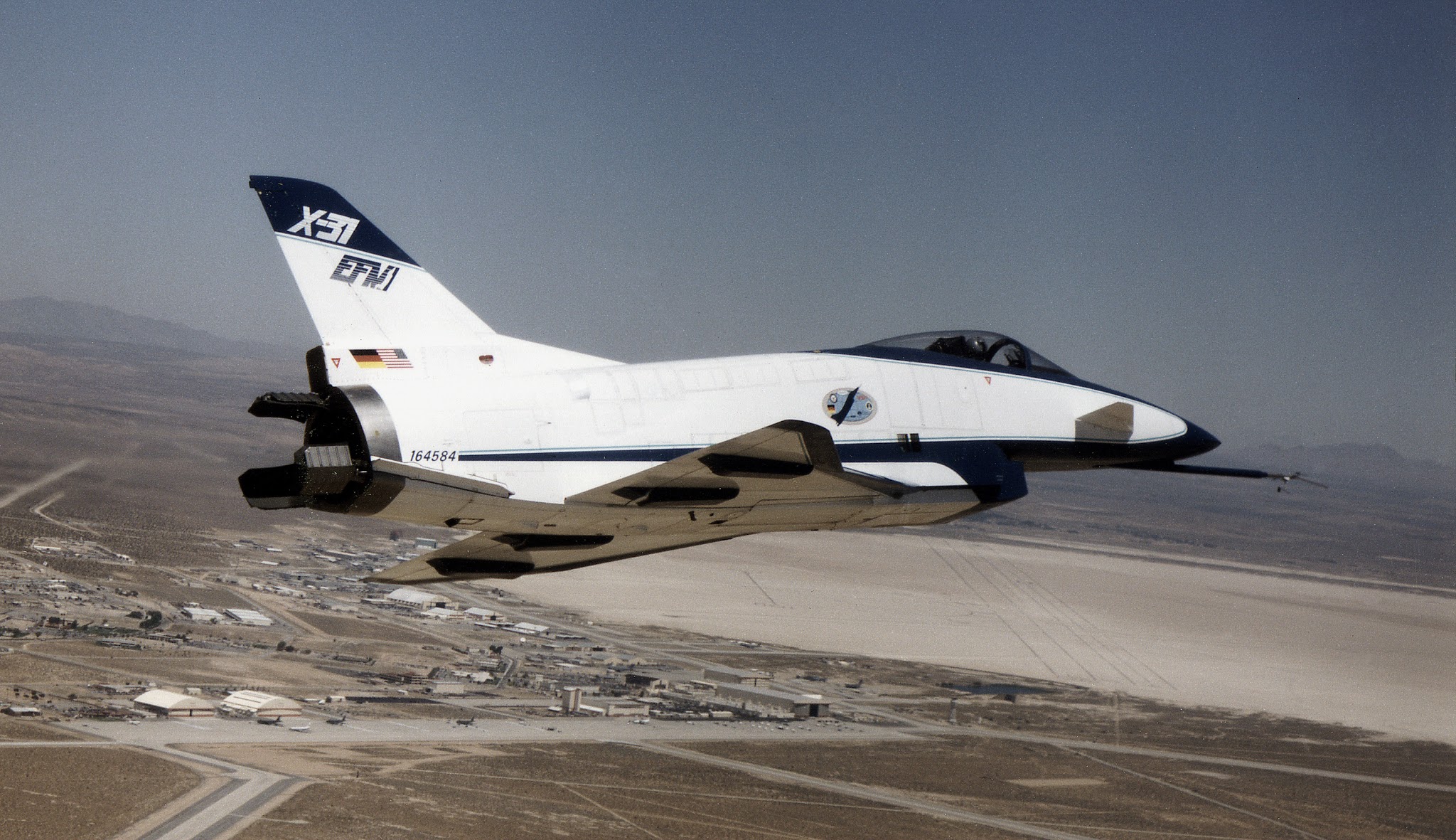 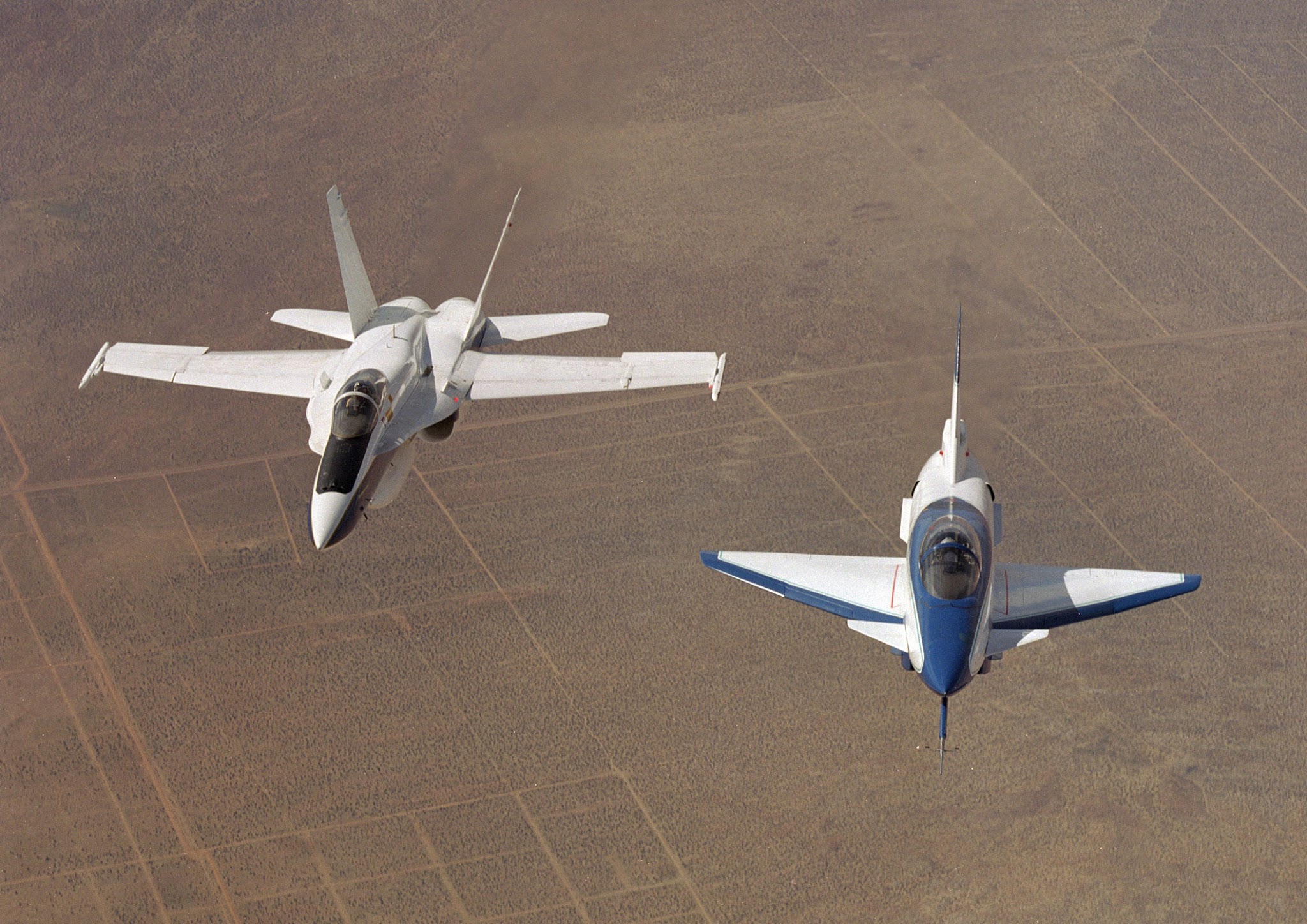 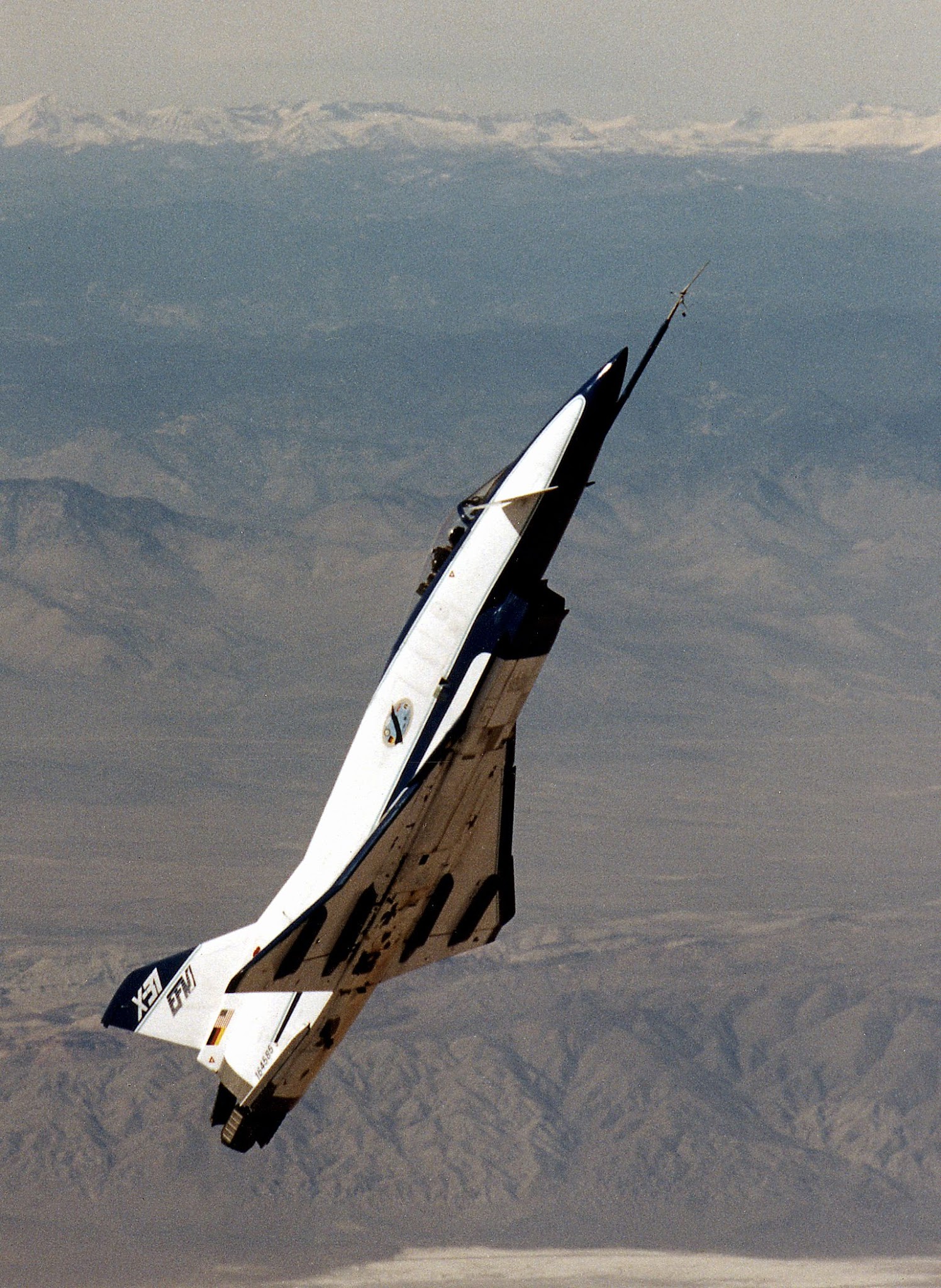 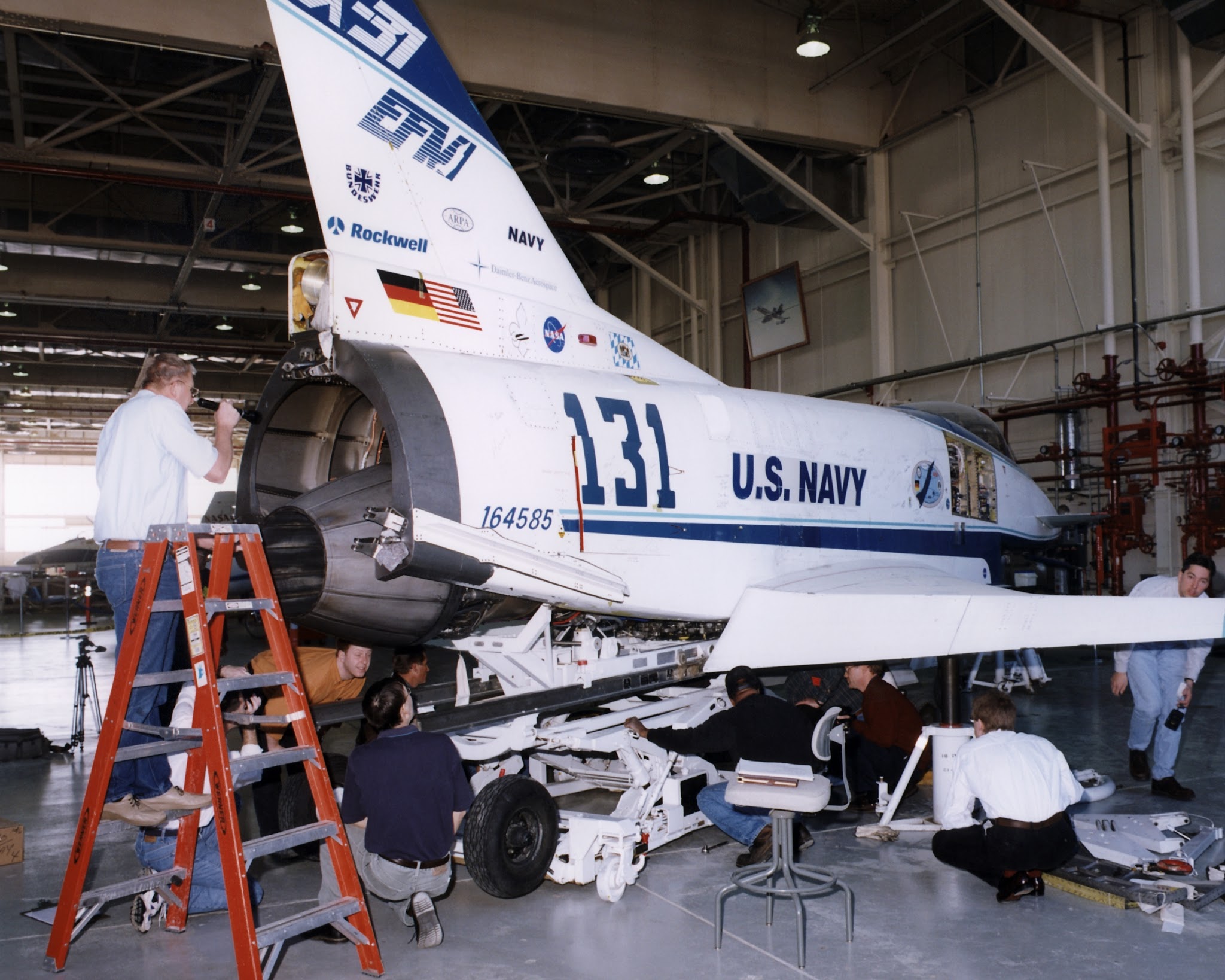 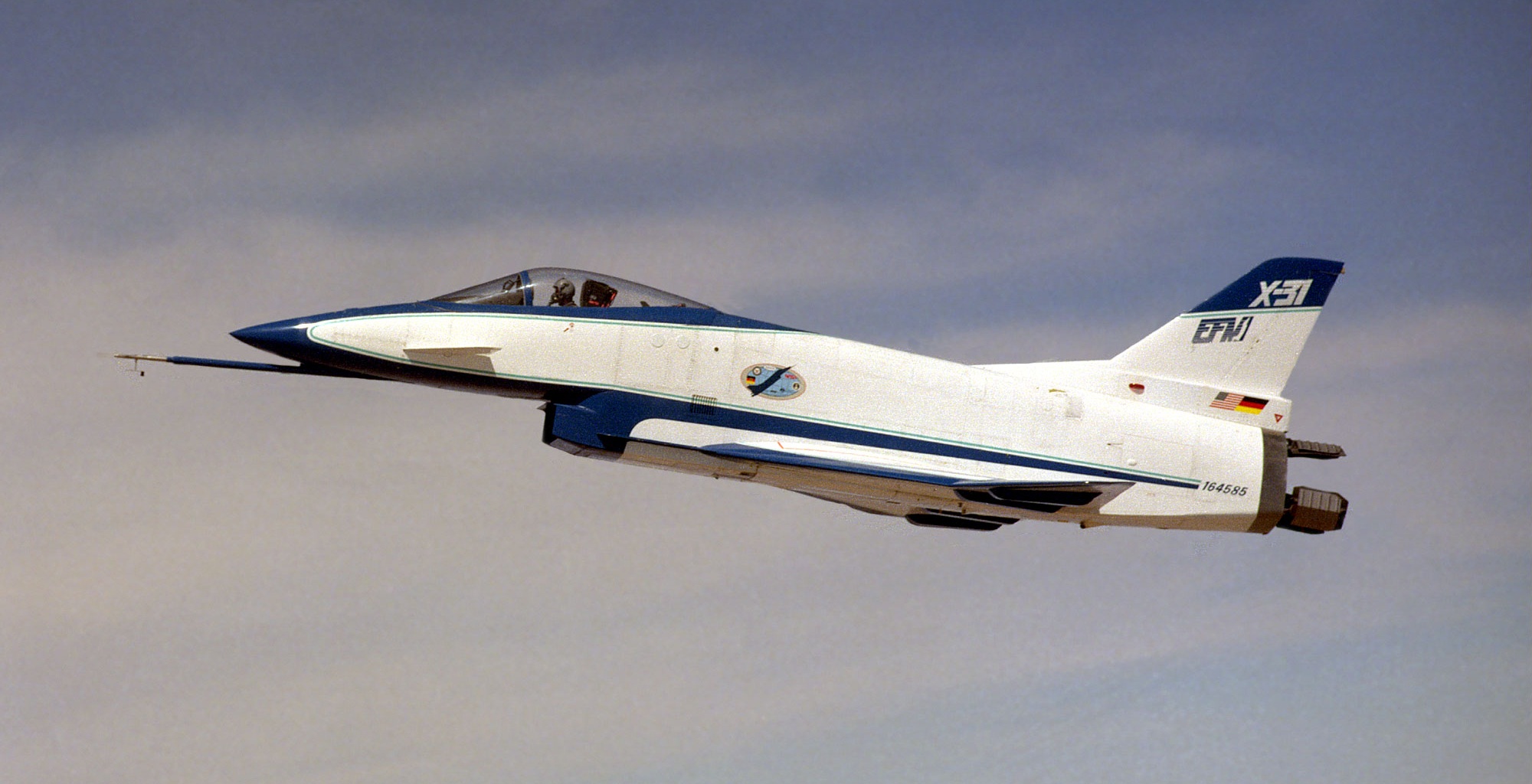 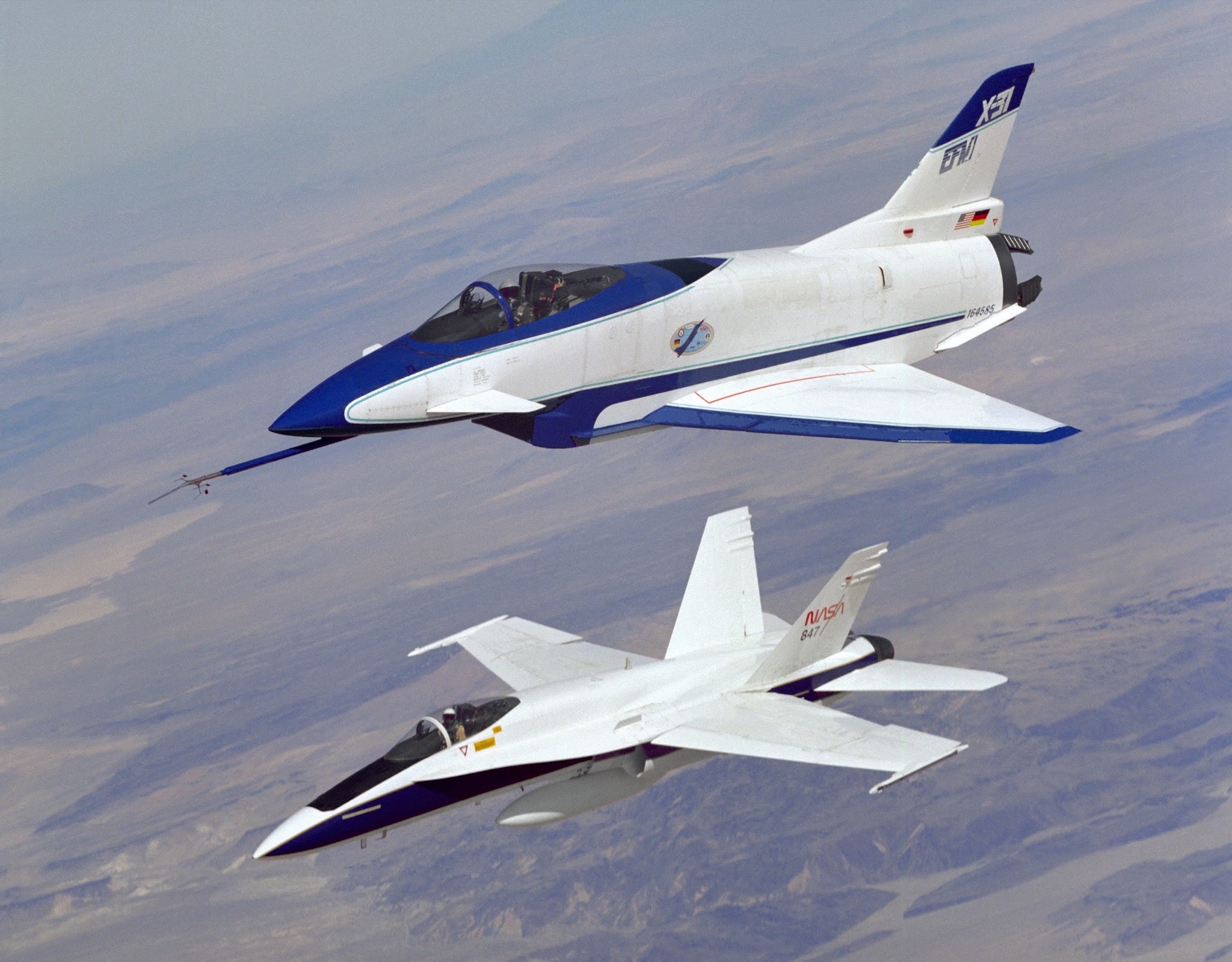 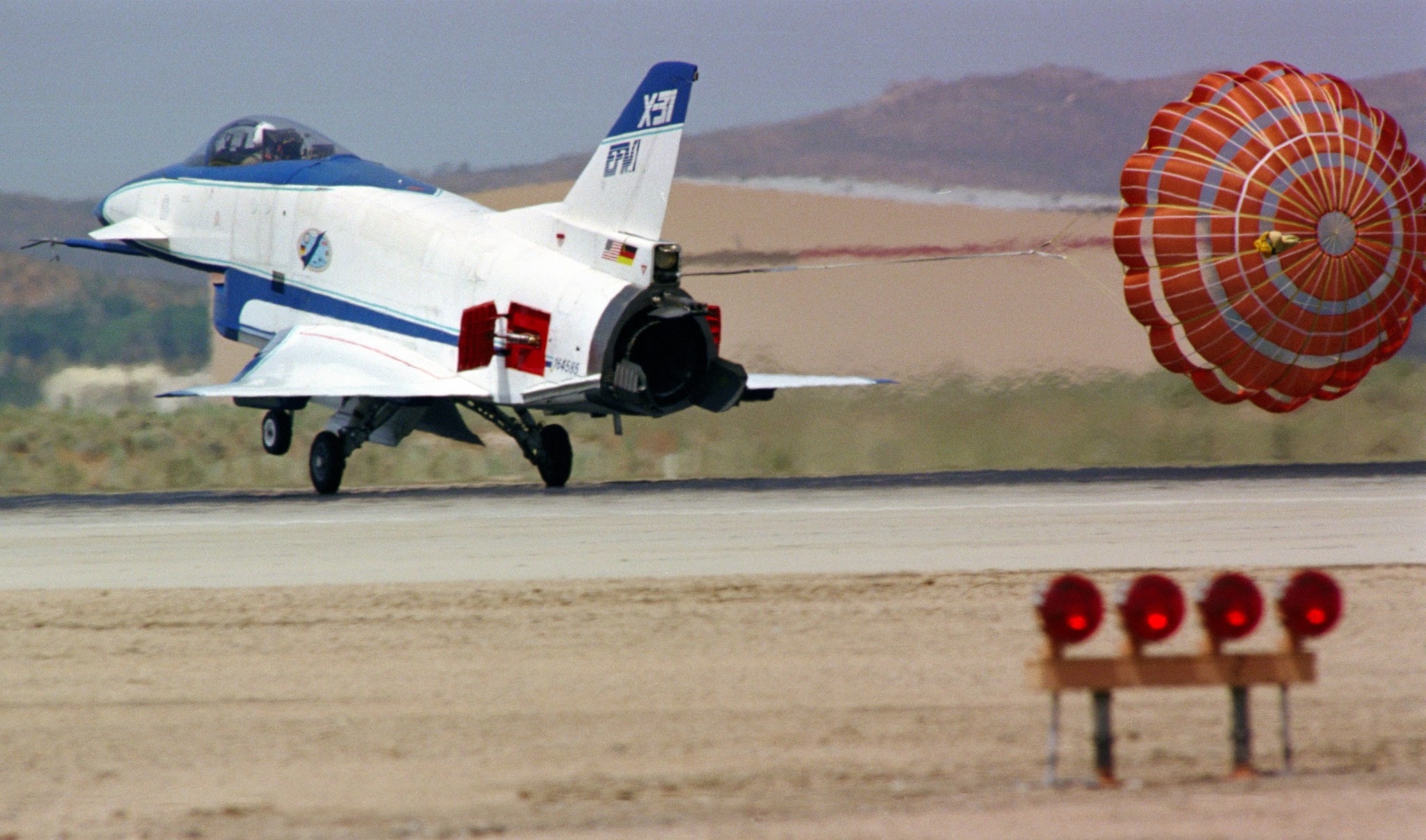 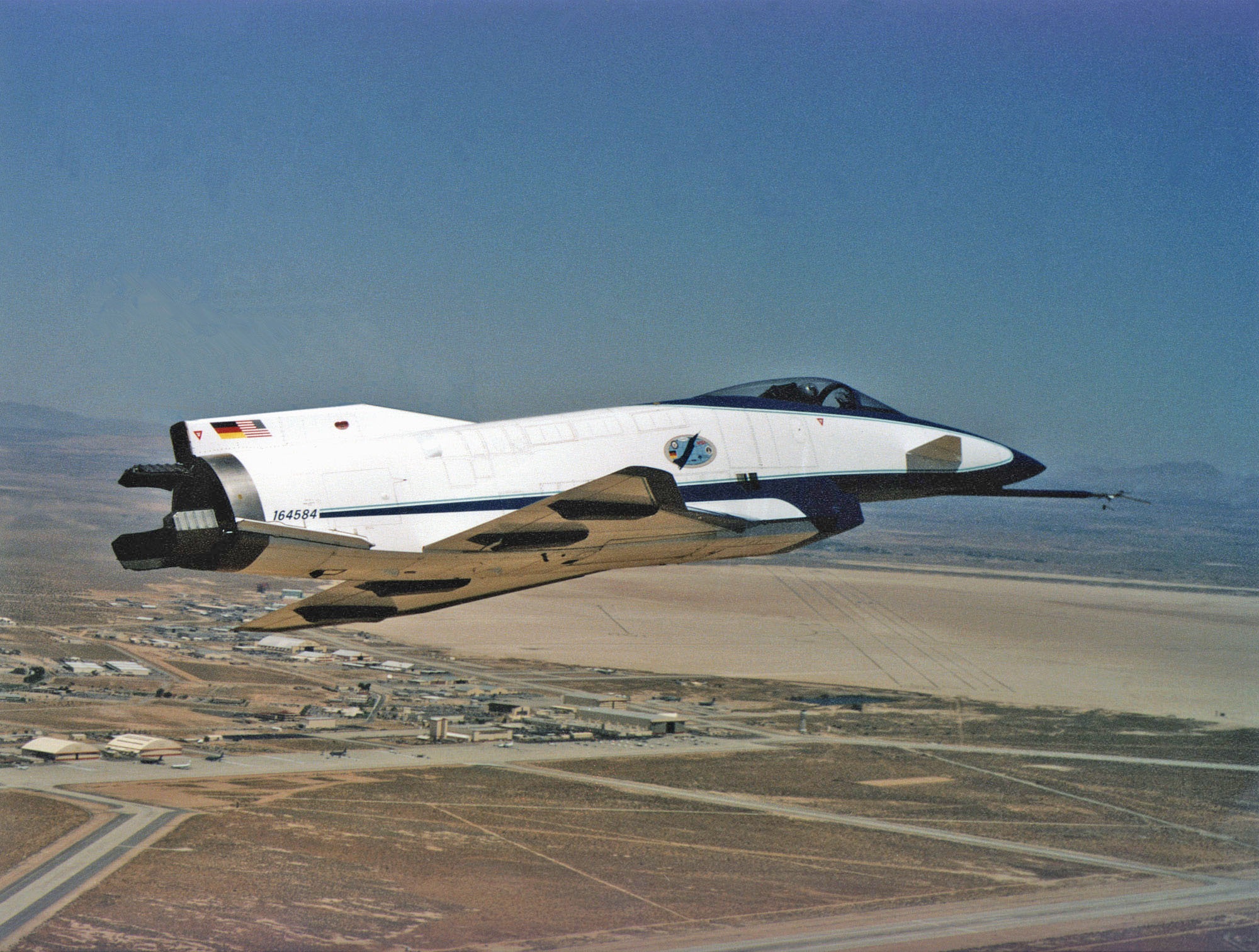 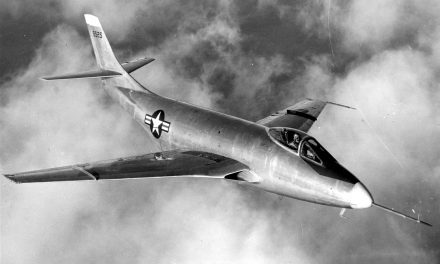 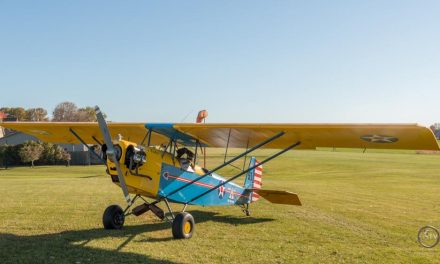 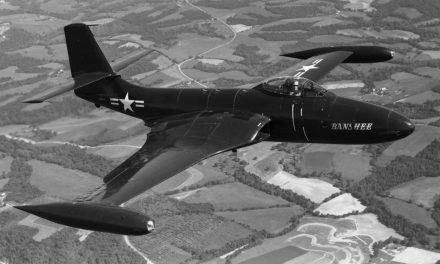