So this is my dads Lycoming O-540 powered Super Super Cub. 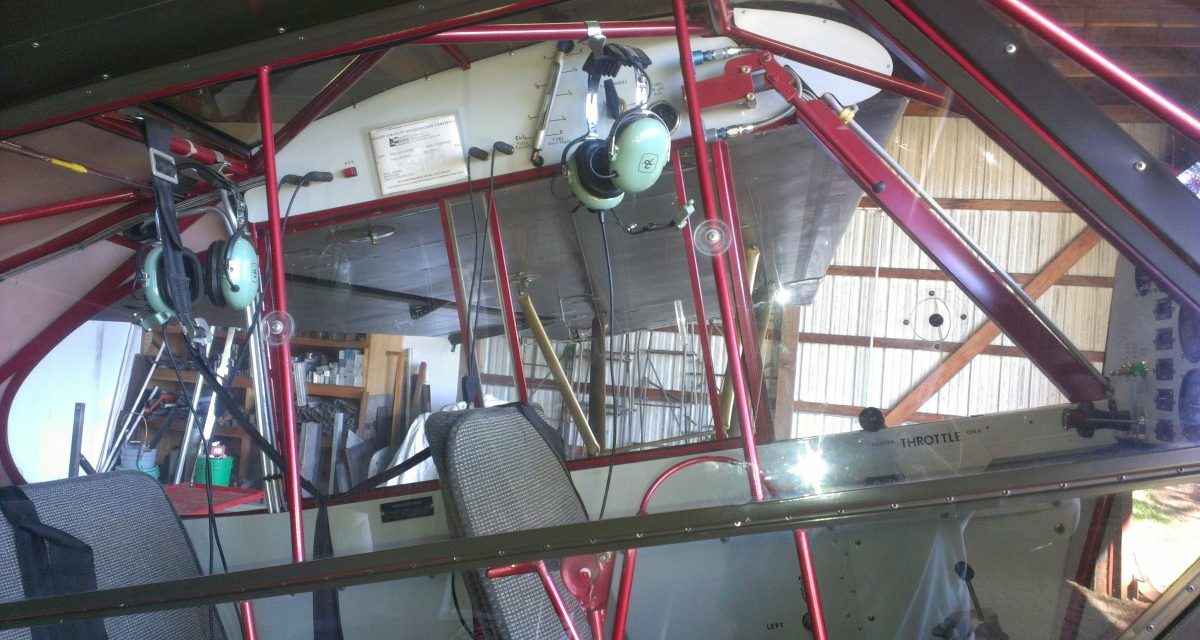 So this is my dads Lycoming O-540 powered Super Super Cub. Some interesting things about it are that it is not a modified Piper Super Cub, it is an experimental aircraft that he built from scratch, although it does incorporate some Super Cub parts. The wings are about the same span as a Super Cub, but the tips are square and the ailerons are moved out to the end, and the flaps were lengthened to fill in the space left by moving the ailerons. The cord was increased by several inches, all in the control surfaces. Because of the increased size of the flaps the Johnson bar no longer has enough power to operate the flaps. So if you look next to the seat, you will see a hydraulic wobble pump which is used to extend the flaps. the wings also incorporate a leading edge cuff for increased lift. The fuselage is lengthened several feet and the tailwheel in this picture is a 600X6 retractable tailwheel. He said he would not do a retractable tailwheel again. My late Father, who built this airplane is pictured here is 6’4″ tall, for perspective. It is big, and light and performed phenomenally. This picture was taken on the last day that I flew it. My dad died shortly thereafter and the plane was sold. 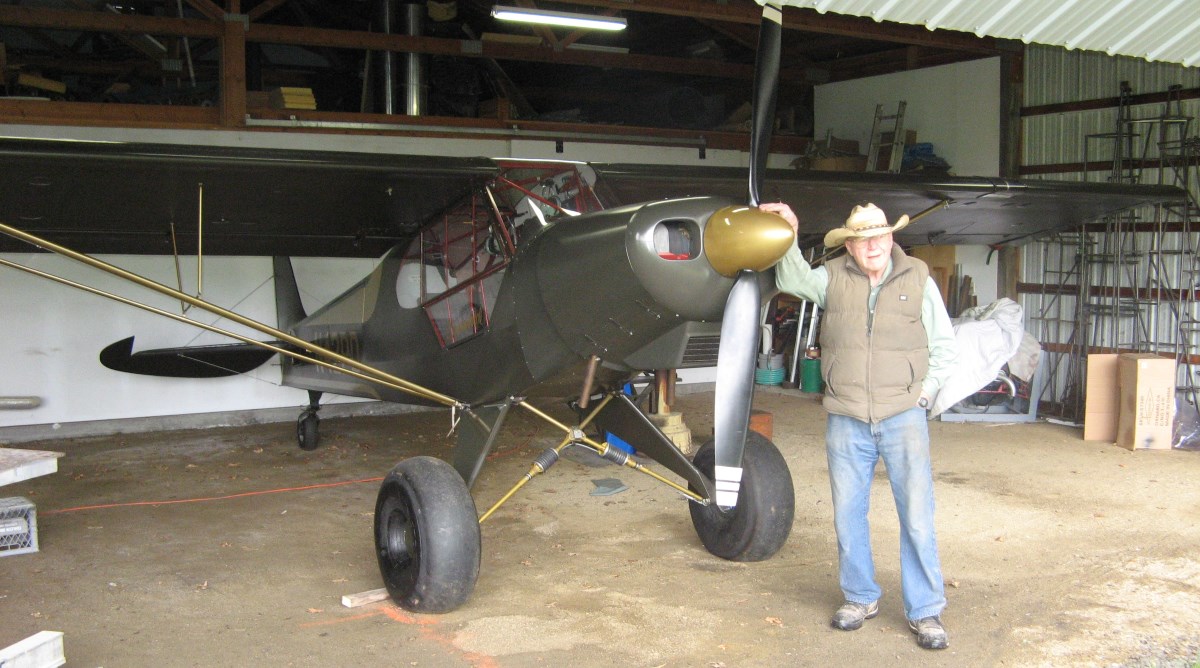 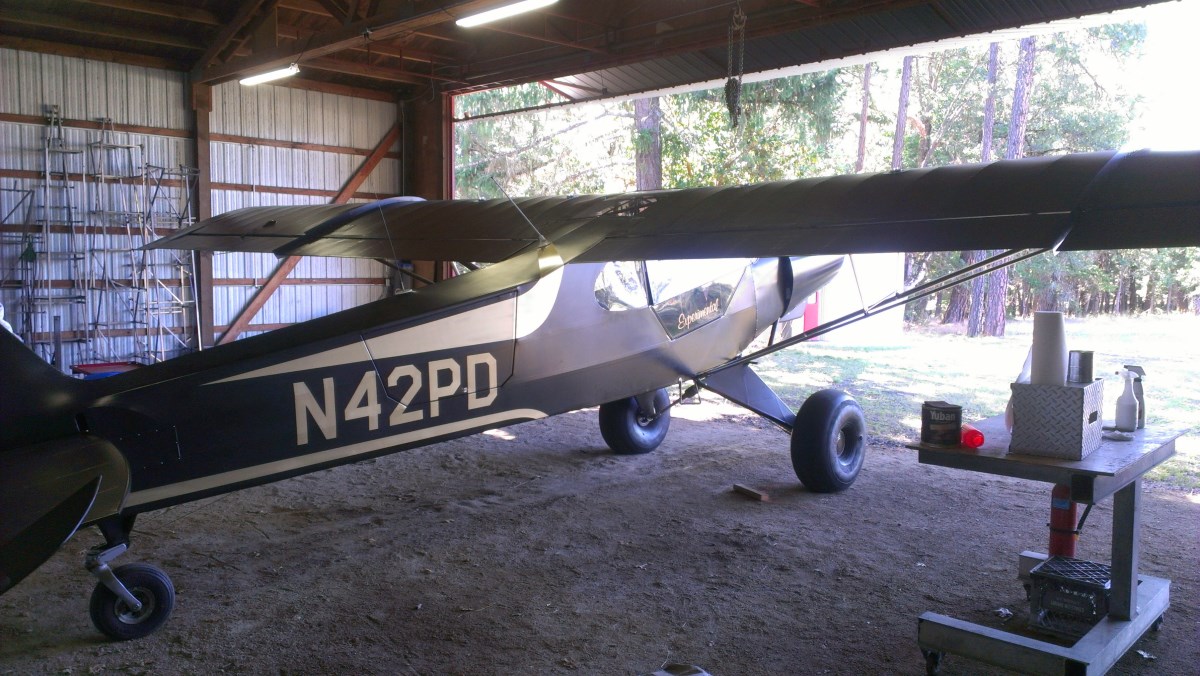 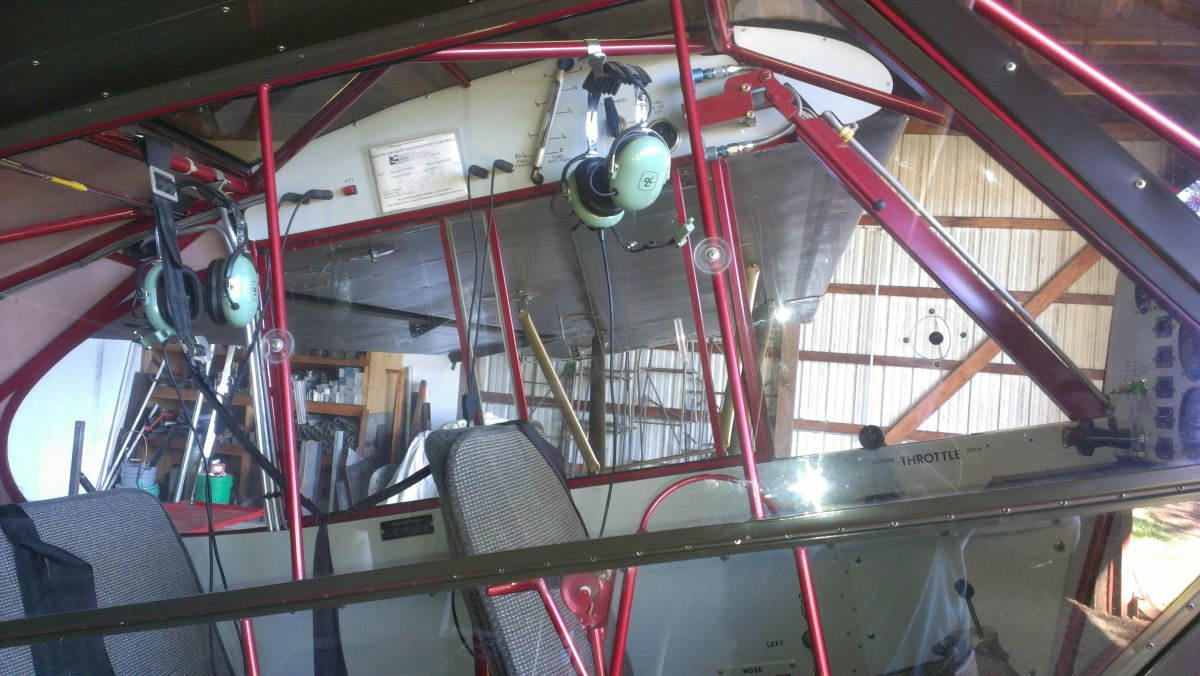 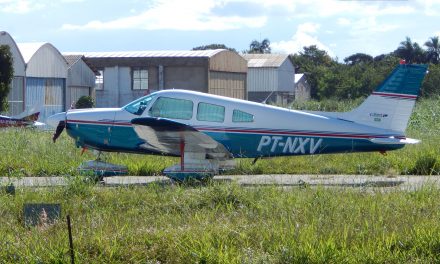