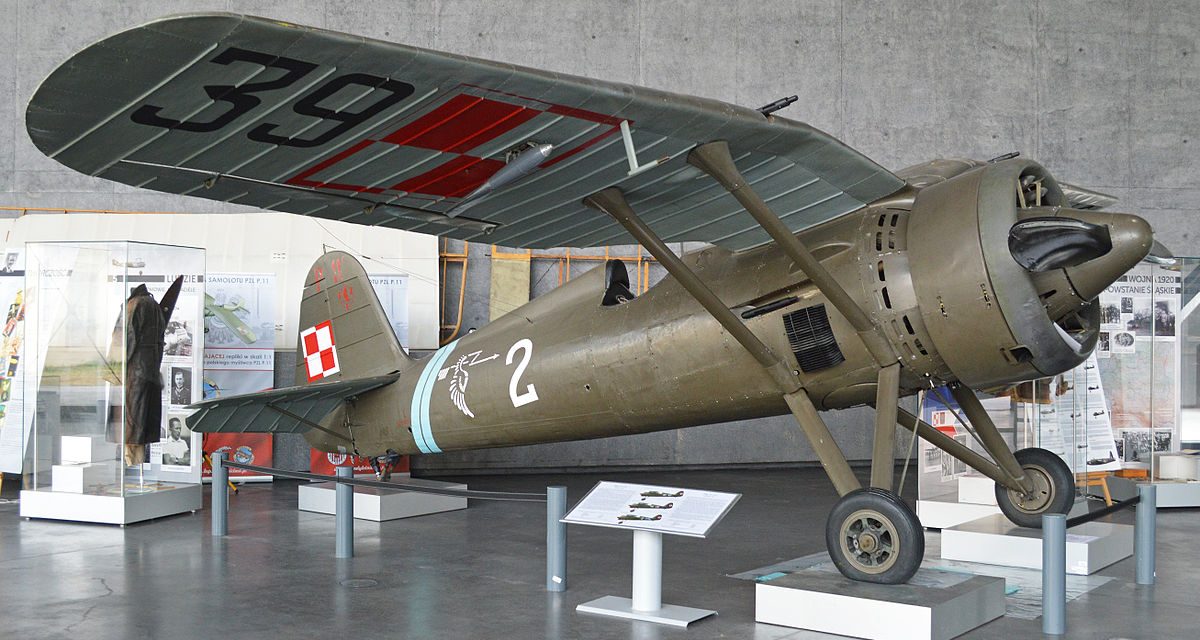 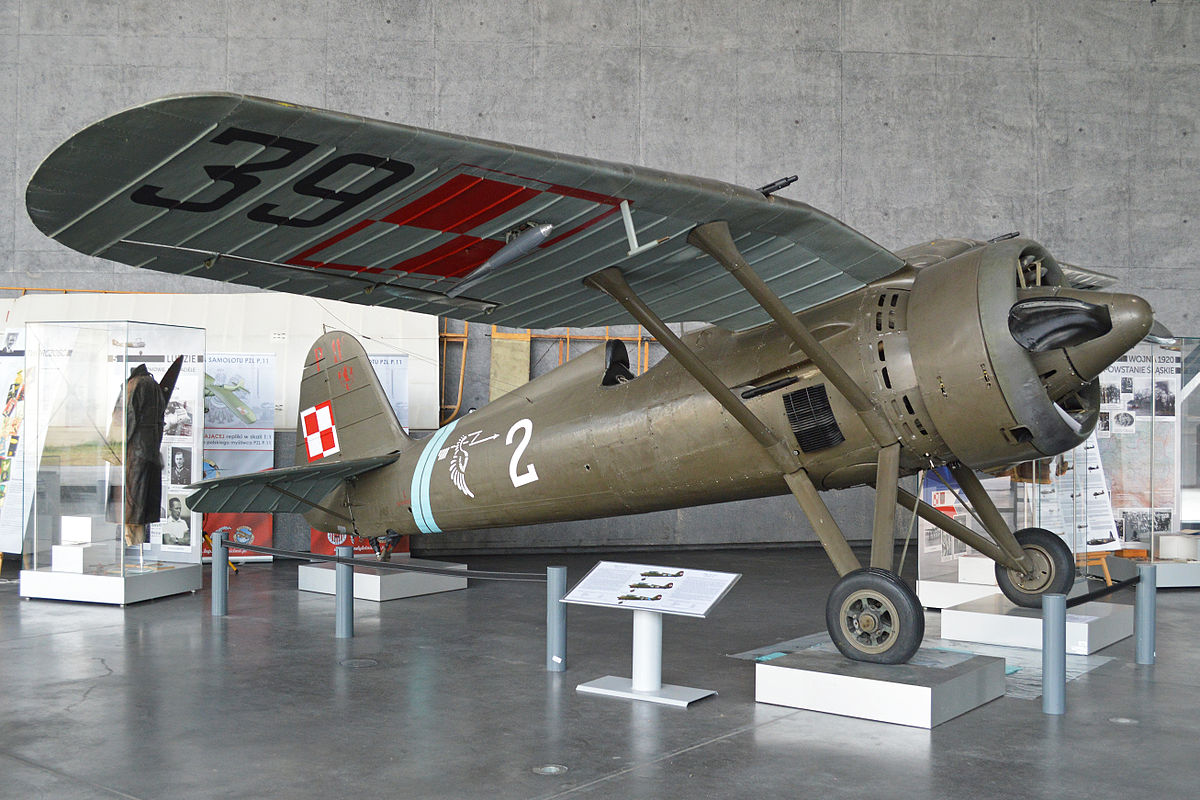 A recent post from my AVIATION collection. The Polish PZL P.11 was briefly, cutting edge technology during the early 1930s.

“The PZL P.11 was a Polish fighter aircraft, designed and constructed during the early 1930s by Warsaw-based aircraft manufacturer PZL. Possessing an all-metal structure, metal-covering, and high-mounted gull wing, the type held the distinction of being widely considered to have briefly been the most advanced fighter aircraft of its kind in the world.[1]”

This is the sole surviving fighter from the Polish Air Force of 1939. The P.11c was the main production variant of the 325 built. Polish serial ‘8.63’. c/n 562. It is now on display taking pride of place in the new entrance building at the Muzeum Lotnictwa Polskiego. Krakow, Poland. 23-8-2013.

The following info is taken from the museum’s website:-

“In the last months of 1927, the Department of Aeronautics commissioned to the Central Aviation Works (which were renamed the State Aviation Works in 1928), the design of a fighter which could be a follower of the commonly used, SPAD aircraft. The work over the new airframe was started by Zygmunt Puławski. The first from the family of Puławski aircraft drew international attention. Next, came the P.6 and the P.7. Again both arose interest in foreign constructors and were awarded at the international air shows. In 1930, the Department of Aeronautics commanded to design a predecessor for the P.6 and the P.7. The new, P.11 fighter was a single seat, all metal, upper wing aeroplane with fixed undercarriage. The aircraft featured original technical and technological solutions. The first, was the Wibault metal corrugated skin covered wing, having an unusual shape and construction, enabling to gain low weight, high durability, good aerodynamics features and an excellent front and side visibility. This unconventional solution, called abroad the “Polish wing” or “Puławski’s wing” gave a gull wing shape to the wings. Another feature was a scissors type undercarriage with shock absorbers buried inside the fuselage. Worth mentioning was also the semi – monocoque fuselage construction used earlier in the P.7 fighter and (dropped in case of fire) the main fuel tank. The work of Zygmunt Puławski, (who died while test flying his new construction) was continued by Wsiewołod Jakimiuk. The prototype of the P.11 was test flown in 1931, by Bolesław Orliński. Displayed in 1934, at the Paris Air Show it aroused big interest among specialists. A technologically advanced, contemporary construction, it possessed excellent flying characteristics and a formidable performance. Fifty of the P.11a, were produced for the Polish Air Force and fifty of the P.11b (powered with the Gnome-Rhone 9K engine) for export to Romania. The PZL P.11c, powered with the Mercury IV S2 engine, flew for the first time in summer 1934. In comparison with earlier versions, it featured an improved flight stability, better cockpit visibility and increased fire power. In total, 175 P.11c fighters were built in Poland. Tests with naval, winter (with skis) and dive bombing versions were also carried out, but didn’t come beyond the study phase. The engine was then changed for the Gnome-Rhone Mistral. The aircraft in this configuration served as the sample for the licence built P.11f. Seventy aircraft of that version were produced at the Romanian IAR Works. In autumn 1936, the Spanish republican government made efforts to buy 36 airframes, but because of the Polish declaration of neutrality, this transaction was not finalised. The followed type, the P.24 was the last of the family of these aircraft. Armed with two cannons and two machine guns, it was considered as the fighter with the biggest fire power then. In 1937, with the introduction into service in other countries of the more modern, low wing fighters, the P.11 became obsolete. The PZL P.11c, was a basic fighter in service with the Polish Air Force in September 1939. It gave way to the new generation of aircraft, as the German Bf-109 was. However, thanks to the skills of the Polish pilots, the “eleveners” scored 120 enemy aircraft to their credit. The exhibit on display, flew with the 121st Flight of the 2nd Air Regiment in Krakow. Today, this aircraft is considered as the most precious exhibit at the Polish Aviation Museum, but not because of the material value. It is the only saved Polish fighter from the September 1939 campaign, the symbol of the Poland’s lone struggle with the German Luftwaffe.” 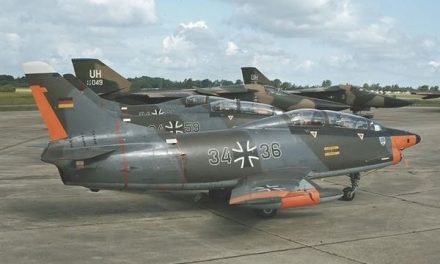 Bundersluftwaffe Fiat G.91s with F-111 Aardvarks behind them, taken sometime during The Cold War. 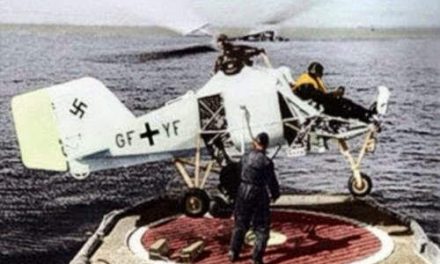 Some more looks at the mockup. 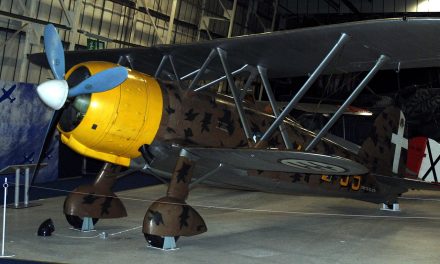