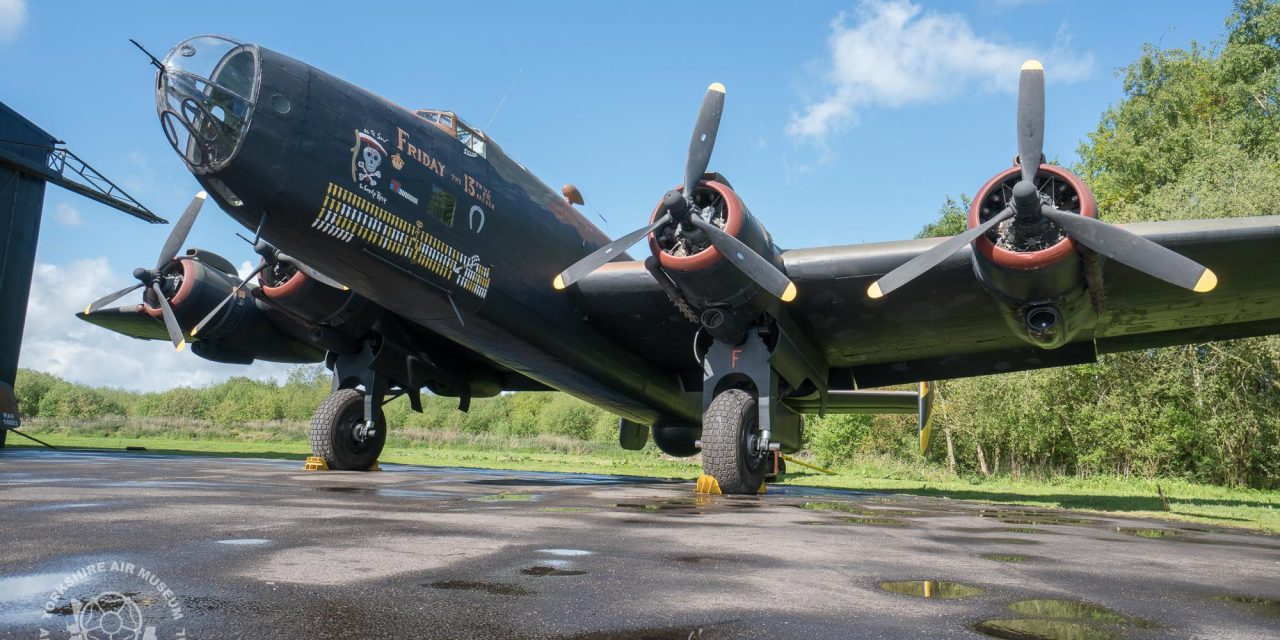 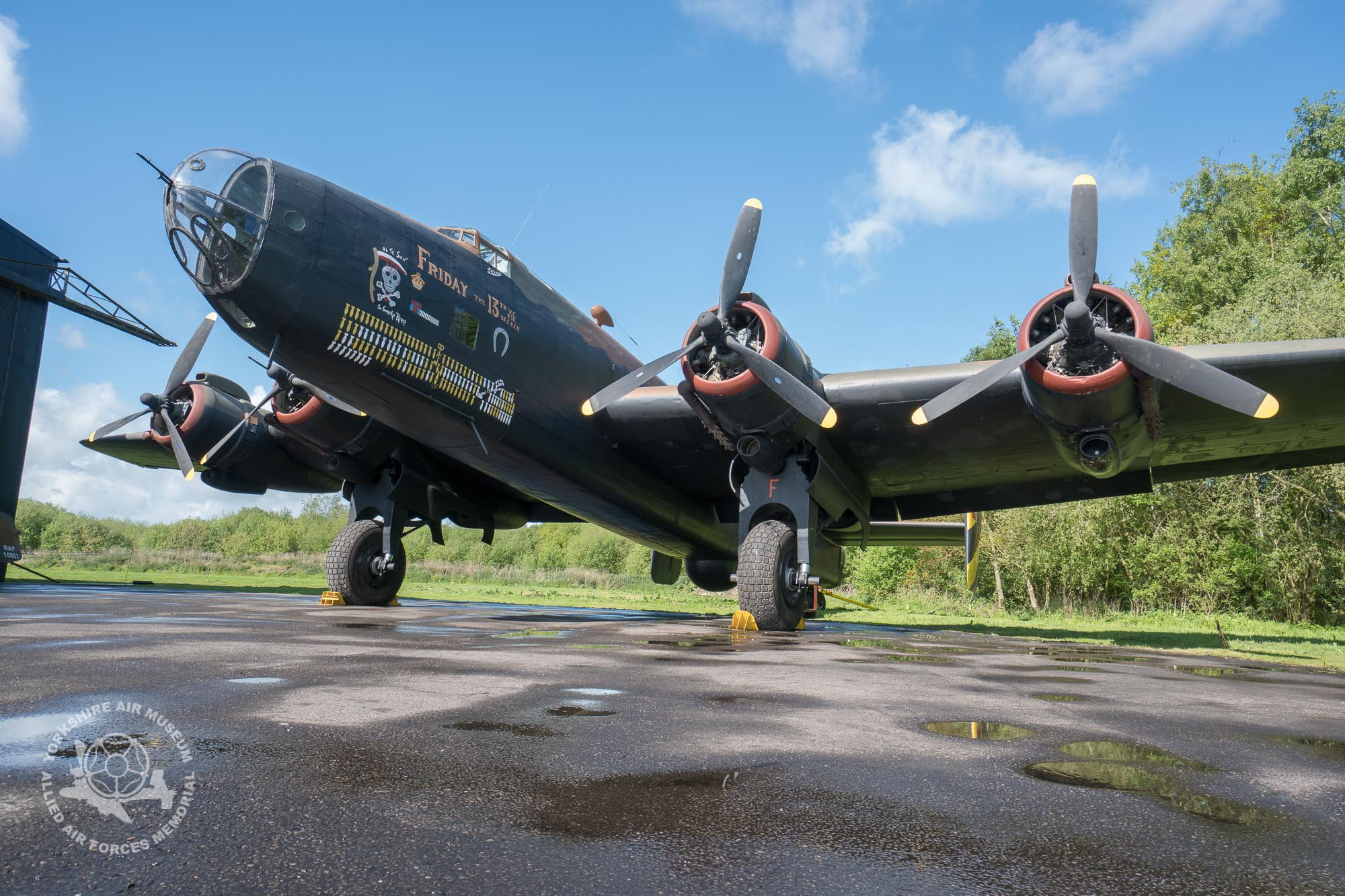 The Museum’s Halifax reconstruction is based on a section of the fuselage of Halifax II, HR792, which carried out an emergency landing on the Isle of Lewis in 1945. A crofter, Mr McKenzie, purchased the fuselage section for use as a hencoop. The wings came from Hastings, TG536, at RAF Catterick. The reconstruction is named “Friday the 13th” in honour of Halifax, LV907, which completed 128 operations with 158 Squadron, and is representative of all examples built.

The Halifax I and II aircraft were powered by Rolls-Royce Merlin engines and the Halifax III was powered by Bristol Hercules engines. Apart from the role as a heavy bomber, the Halifax III and later versions also served in Coastal Command and in paratrooping and glider towing roles with the Airborne Forces. Halifax production totalled 6,178, the bomber versions flying a total of 75,532 sorties in the Second World War.

Yorkshire was the home of 4 and 6 Groups Bomber Command and three Halifax Squadrons were based at Elvington, first 77 Squadron, then two French Air Force Squadrons, 346 (Guyenne) and 347 (Tunisie).

You can enjoy a 360 VR tour of the Halifax online here. The images are spherical, full 360 degree views and will load on both desktop and mobile devices. If you would like to sponsor the Halifax to help with the aircraft’s continued preservation, our Sponsor a Plane program enables people from all over the world to be involved in the ongoing upkeep and preservation of all of our exhibits.

A nice video overview of the WWII German jet Me-262