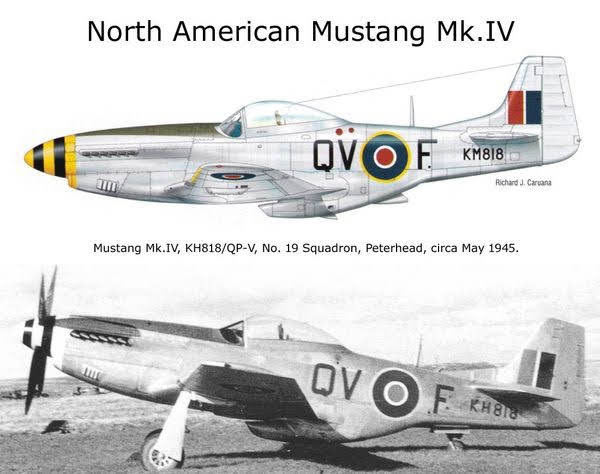 Two P-51s that served with 19 Squadron, RAF. The RAF bought 1810 Mustangs of all variants including 486 Mustang Mk.IVs. The Mustang Mk.III was both the P-51B and P-51C and the Mustang Mk.IV was the P-51D. The Mustang was used in many roles including fighter, fighter-bomber and escort fighter. The canopy on the Mk.III arose due to the lack of visibility and was based on the hood used the Spitfire and it could slide back, unlike the original hood which was hinged. Due to the lack of Mustang Mk.IVs, most squadrons had a mixture of Mk.IIIs and IVs on strength and this was the case with 19 Squadron. 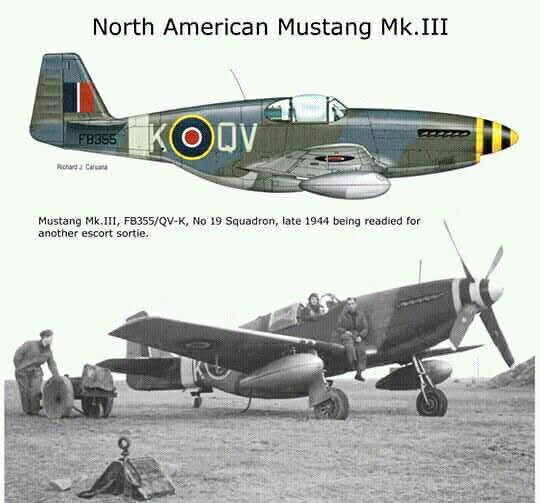 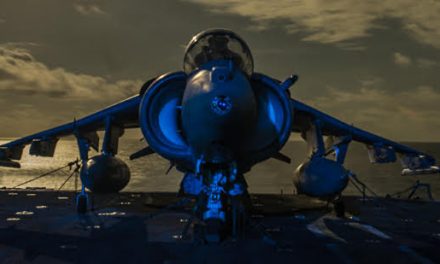