The McDonnell FH Phantom was a twin-engined jet fighter aircraft designed and first flown during World War II for the United States Navy. The Phantom was the first purely jet-powered aircraft to land on an American aircraft carrier and the first jet deployed by the United States Marine Corps. Although its frontline service was relatively brief, it helped prove the viability of carrier-based jet fighters. Furthermore, it was McDonnell’s first successful fighter, leading to the development of the follow-on F2H Banshee, one of the two most important naval jet fighters of the Korean War. Only 62 FH-1’s were built before production switched to the more powerful F2H Banshee.

The FH Phantom was originally designated the FD Phantom, but the designation was changed as the aircraft entered production….

Editor’s Note
As far as I can tell McDonnell was awarded the contract to build the first fighter jet for the Navy on January 2nd. I was able to find one other source quoting this date. Otherwise I was able to find some mentions of it being early in 1943. 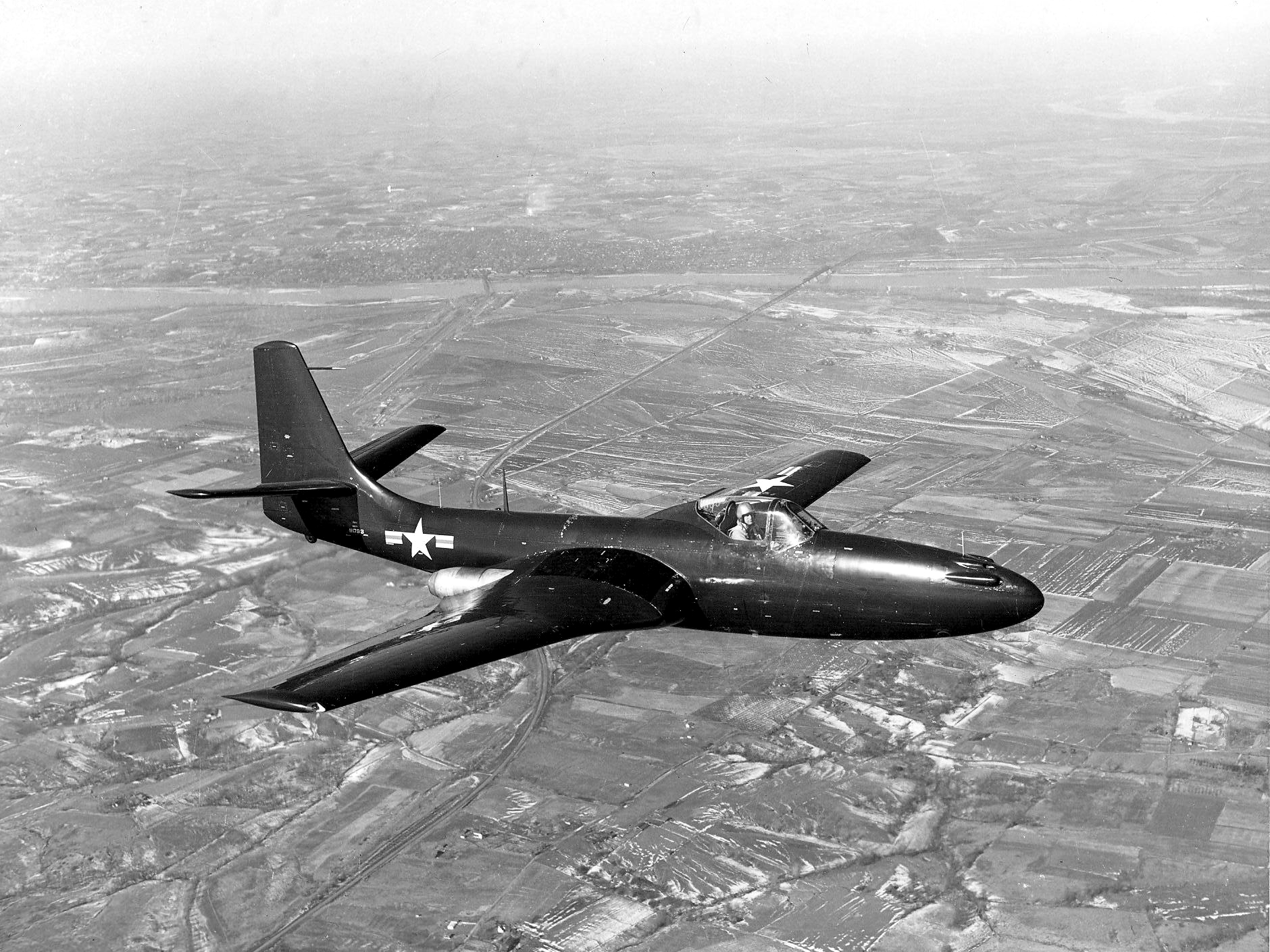 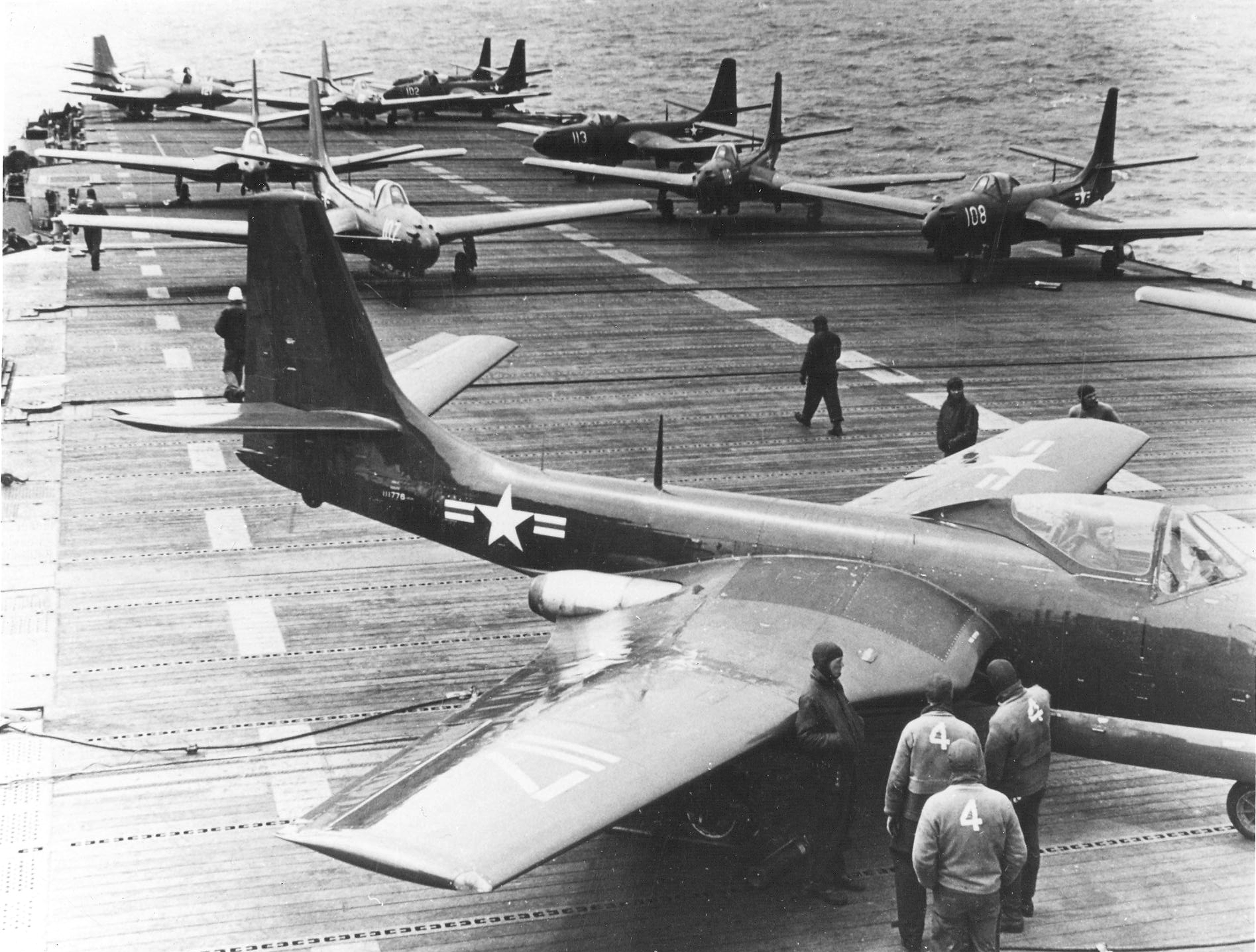 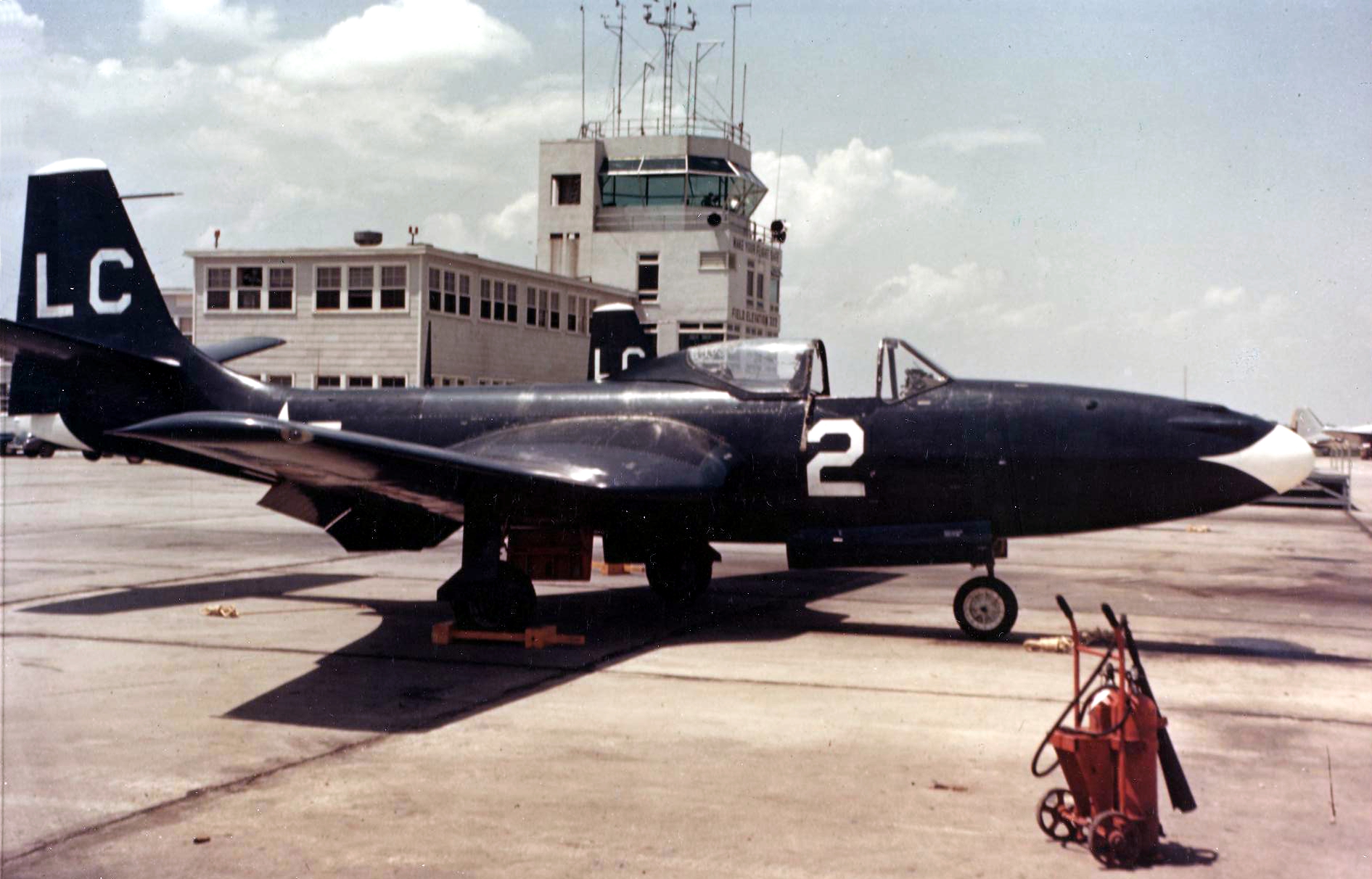 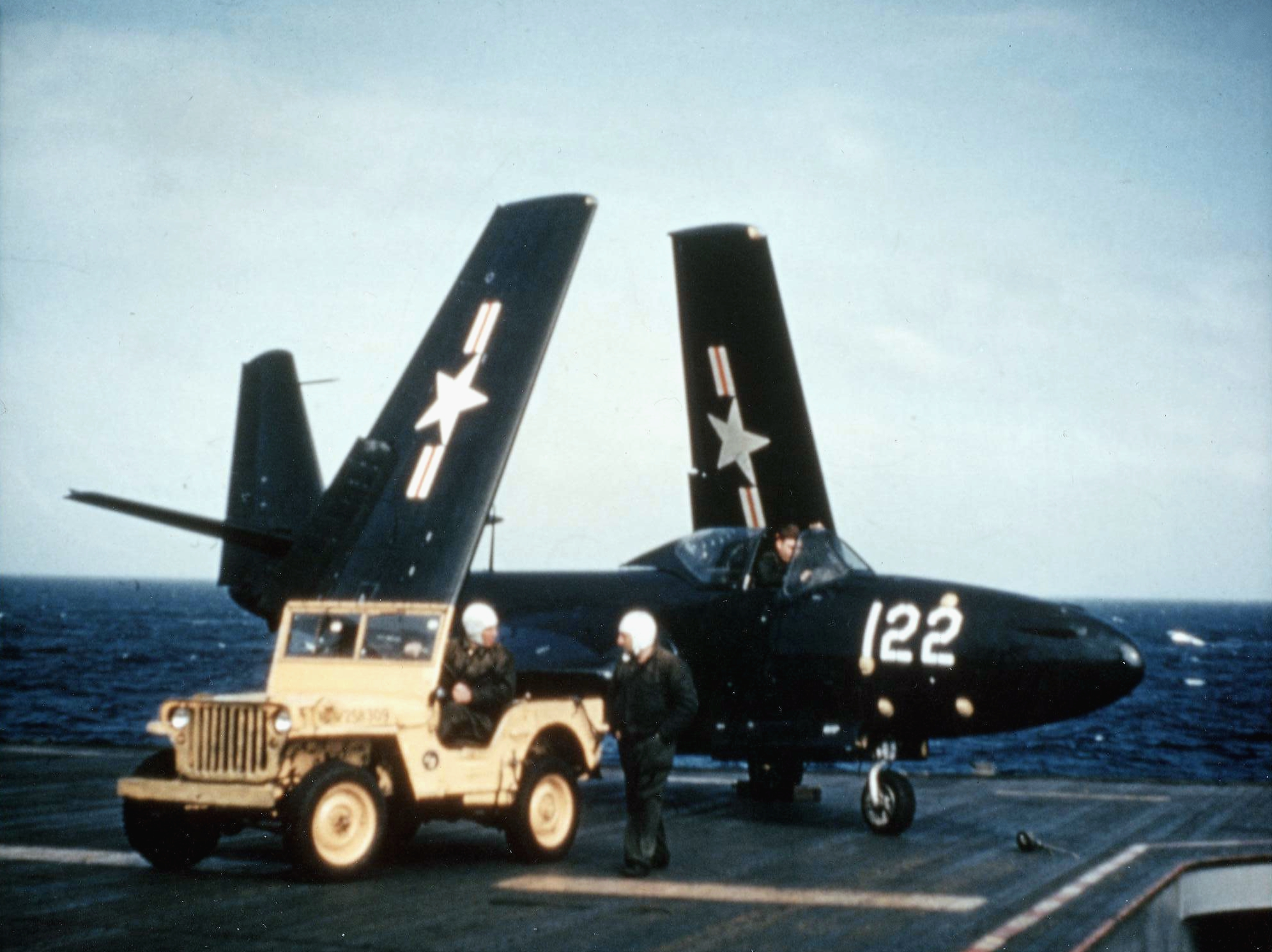 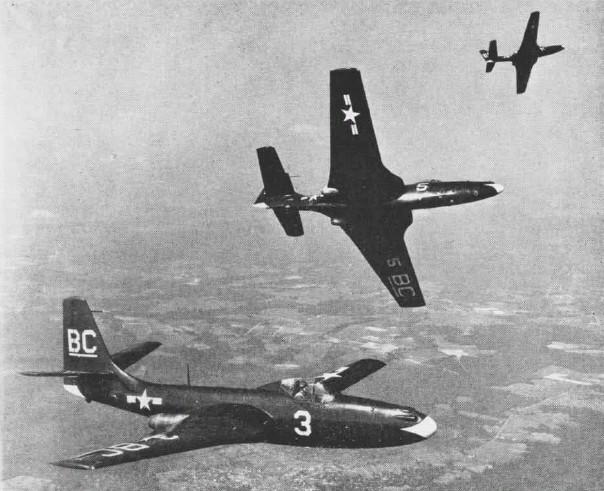 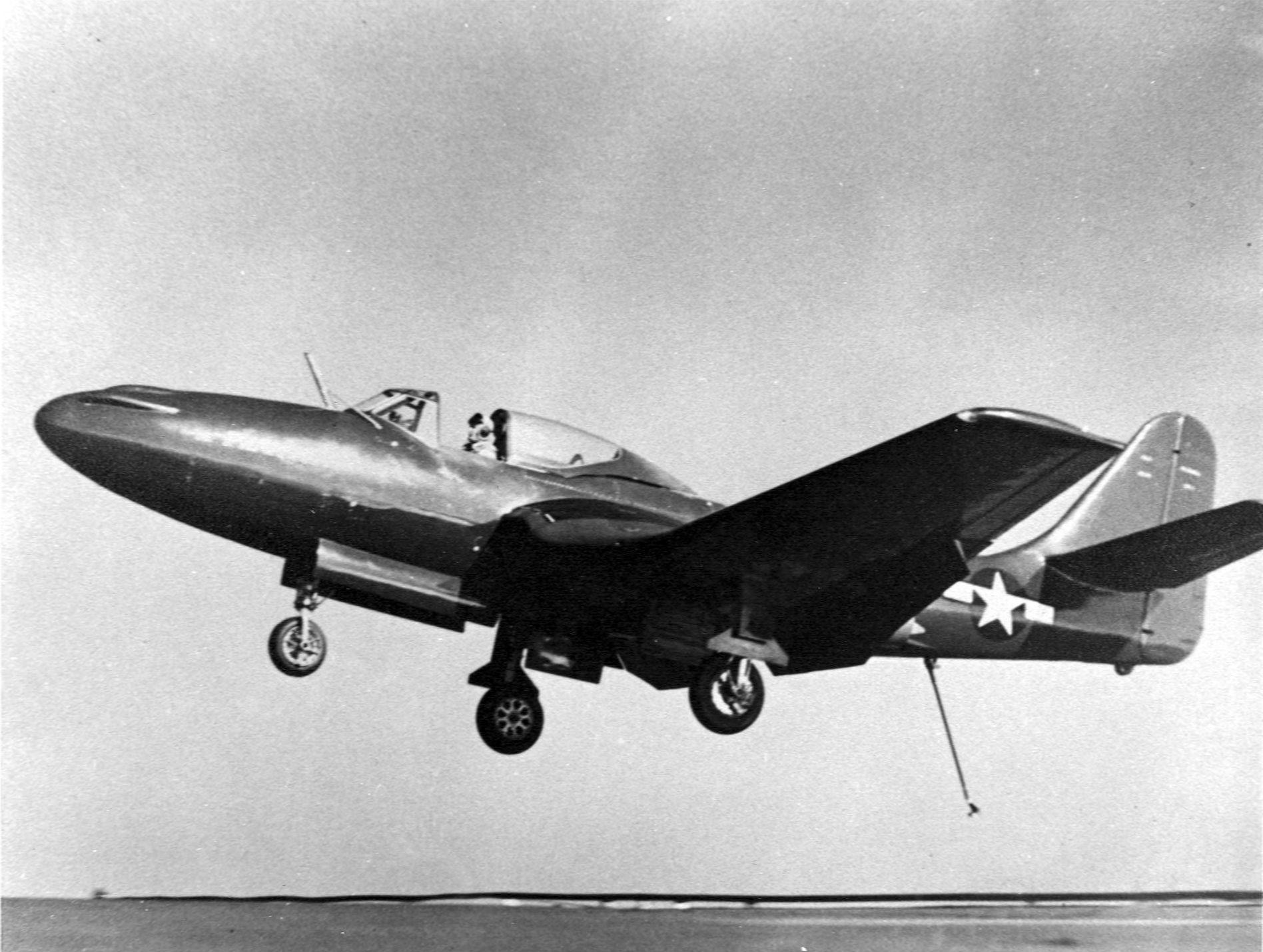 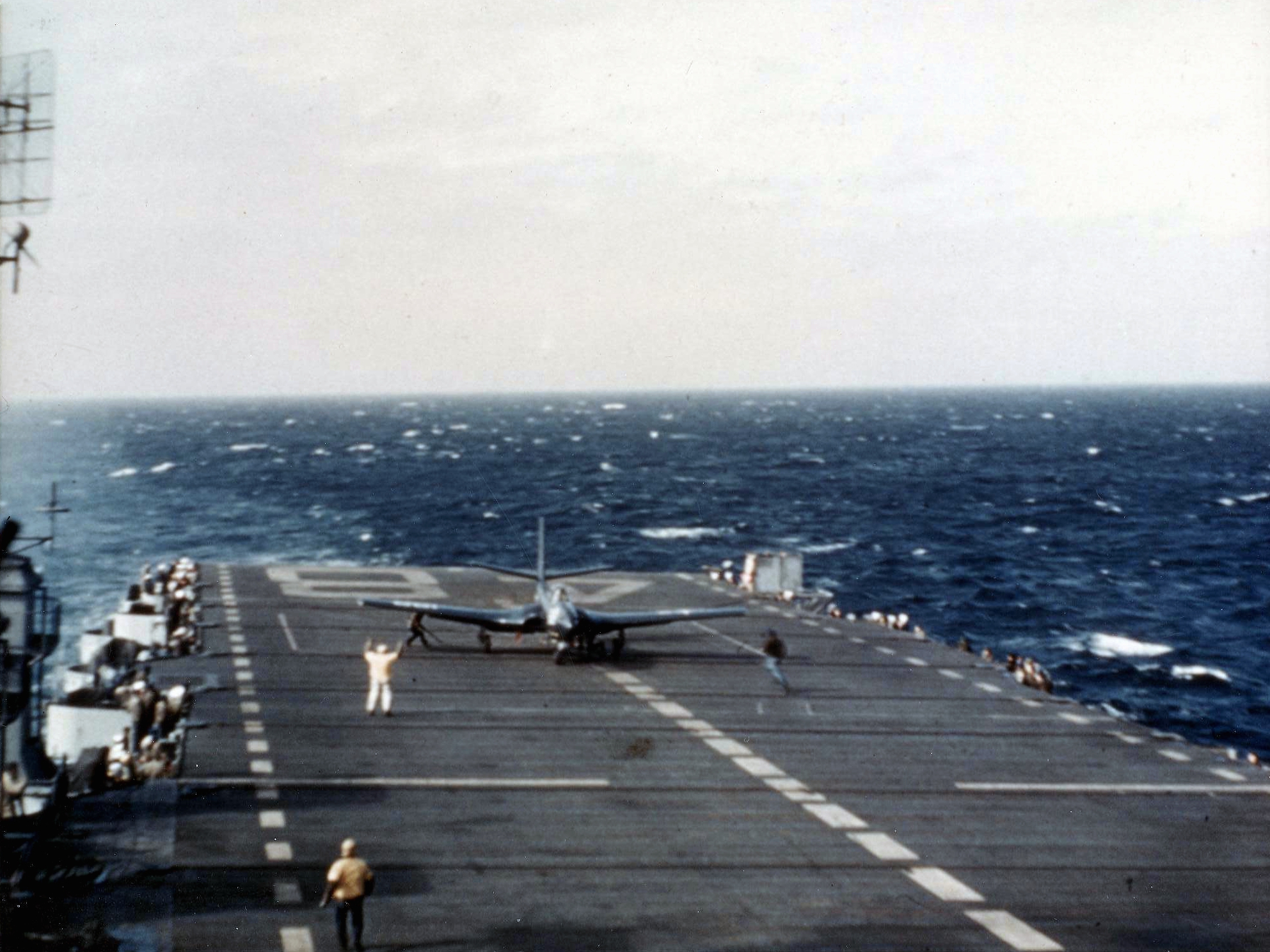 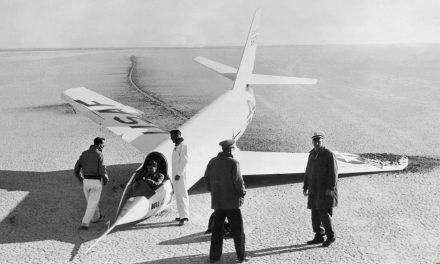