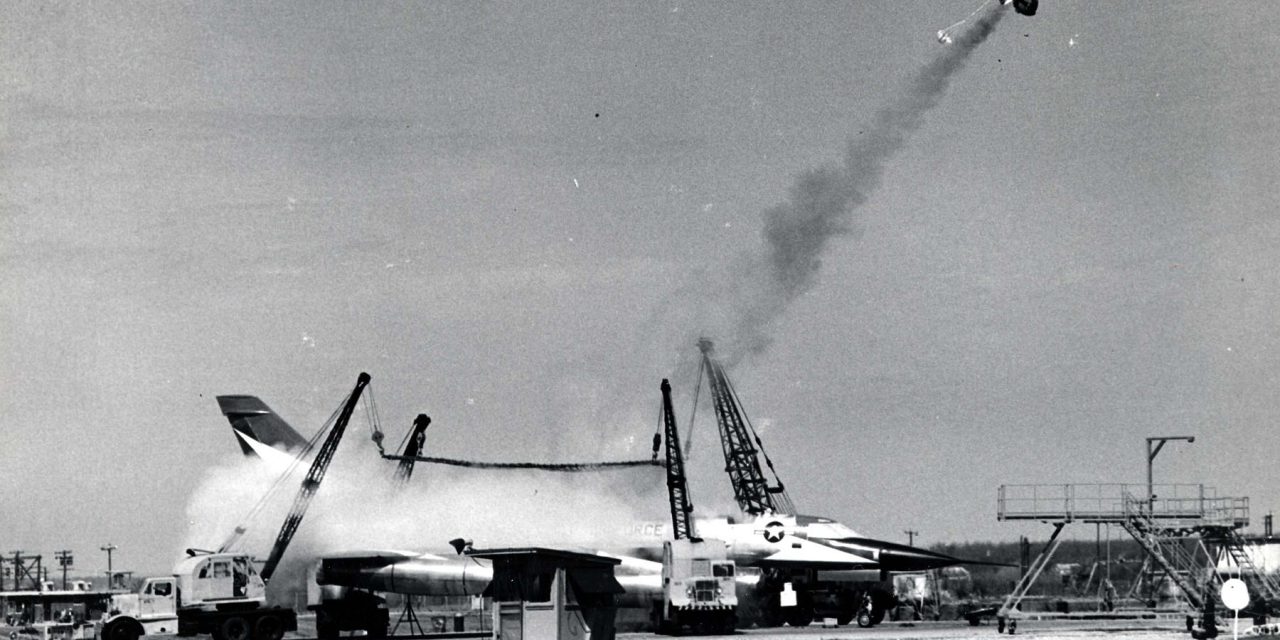 The Convair B-58 Hustler was the first operational supersonic jet bomber capable of Mach 2 flight. The aircraft was designed by Convair engineer Robert H. Widmer and developed for the United States Air Force for service in the Strategic Air Command (SAC) during the 1960s. It used a delta wing, which was also employed by Convair fighters such as the F-102, with four General Electric J79 engines in pods under the wing. It carried a nuclear weapon and fuel in a large pod under the fuselage rather than in an internal bomb bay. Replacing the Boeing B-47 Stratojet medium bomber, it was originally intended to fly at high altitudes and supersonic speeds to avoid Soviet fighters. The B-58 received a great deal of notoriety due to its sonic boom, which was often heard by the public as it passed overhead in supersonic flight.

The introduction of highly accurate Soviet surface-to-air missiles forced the B-58 into a low-level penetration role that severely limited its range and strategic value, and it was never employed to deliver conventional bombs. This led to a brief operational career between 1960 and 1970, when the B-58 was succeeded by the smaller, swing-wing FB-111A.

The genesis of the B-58 program came in February 1949, when a Generalized Bomber Study (GEBO II) had been issued by the Air Research and Development Command (ARDC) at Wright-Patterson AFB, Ohio. A number of contractors submitted bids including Boeing, Convair, Curtiss, Douglas, Martin and North American Aviation.

RB-58A with two component pod (TCP)
The USAF chose Boeing (MX-1712) and Convair to proceed to a Phase 1 study. The Convair MX-1626 evolved further into a more refined proposal redesignated the MX-1964. In December 1952, the Air Force selected the MX-1964 as the winner of the design competition to meet the newly proposed SAB-51 (Supersonic Aircraft Bomber) and SAR-51 (Supersonic Aircraft Reconnaissance), the first General Operational Requirement (GOR) worldwide for supersonic bombers. In February 1953, the Air Force issued a contract for development of Convair’s design…. 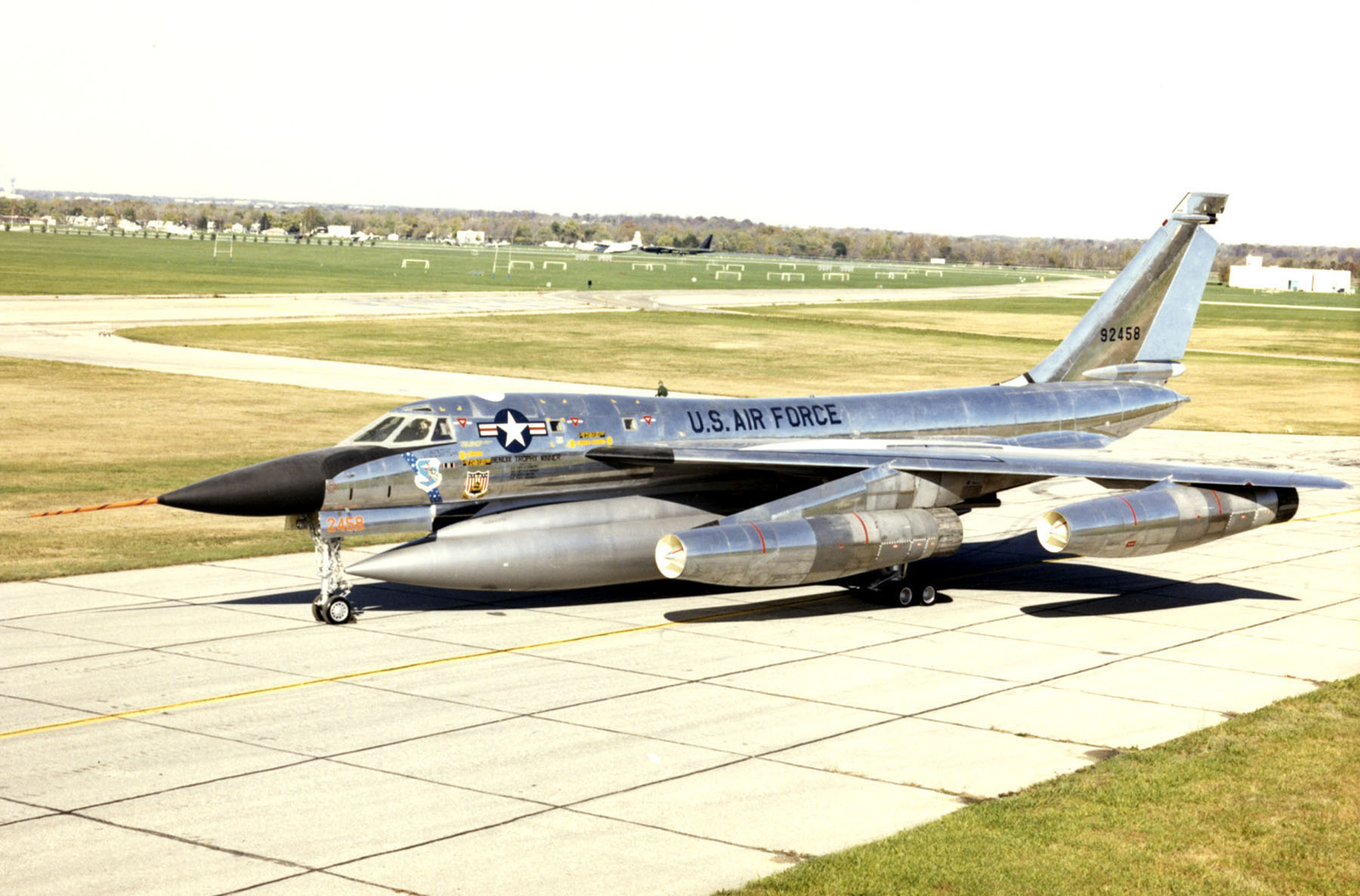 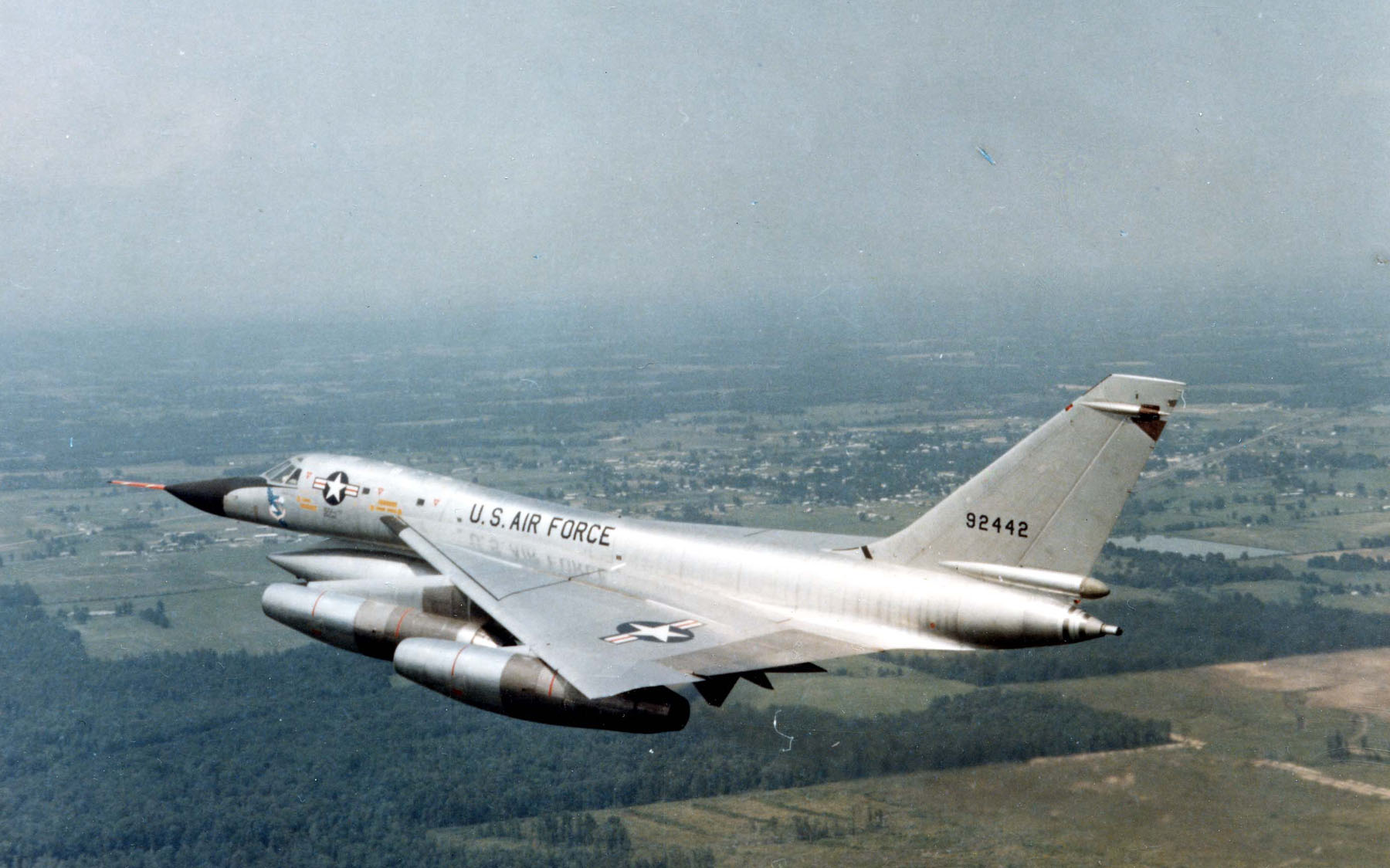 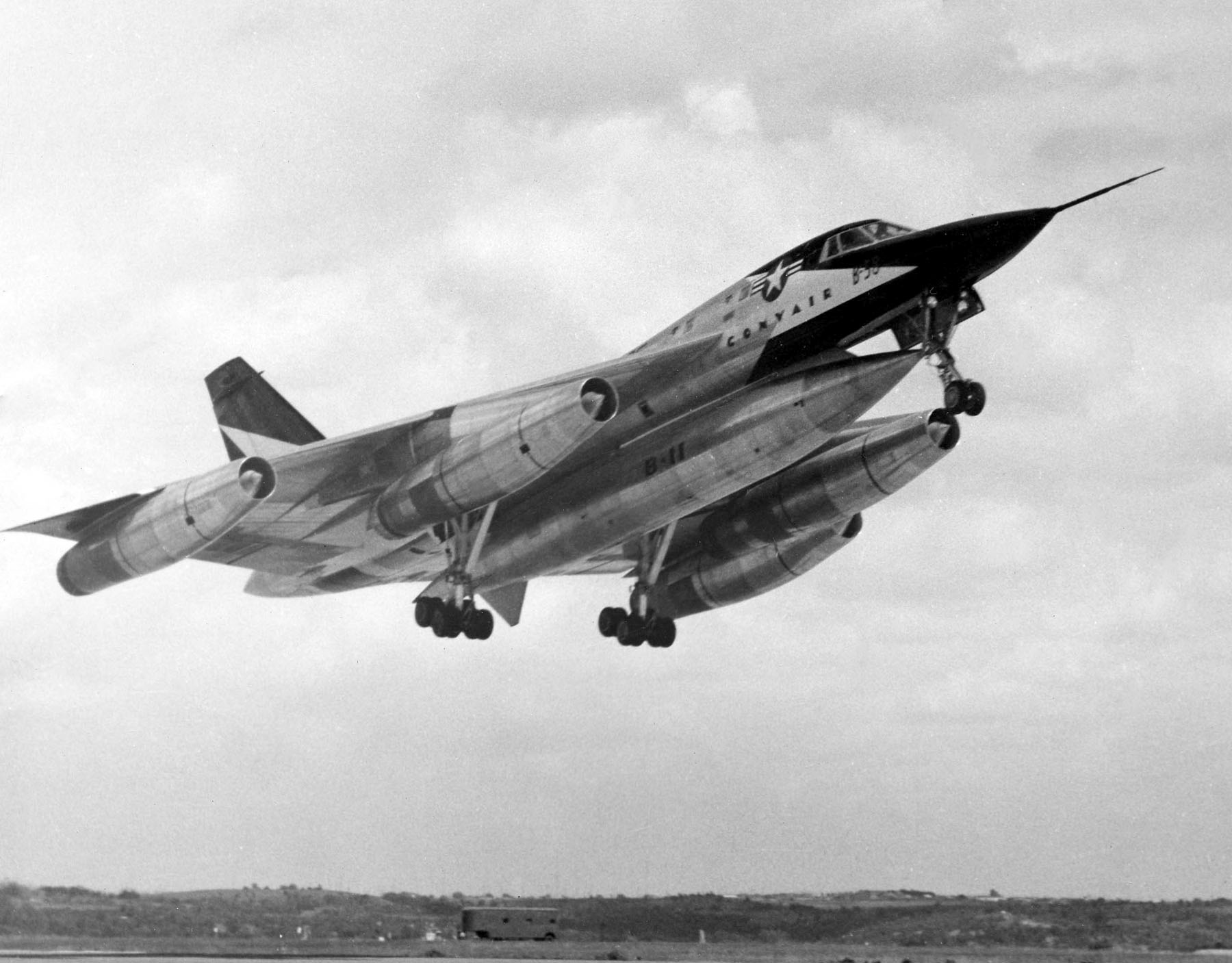 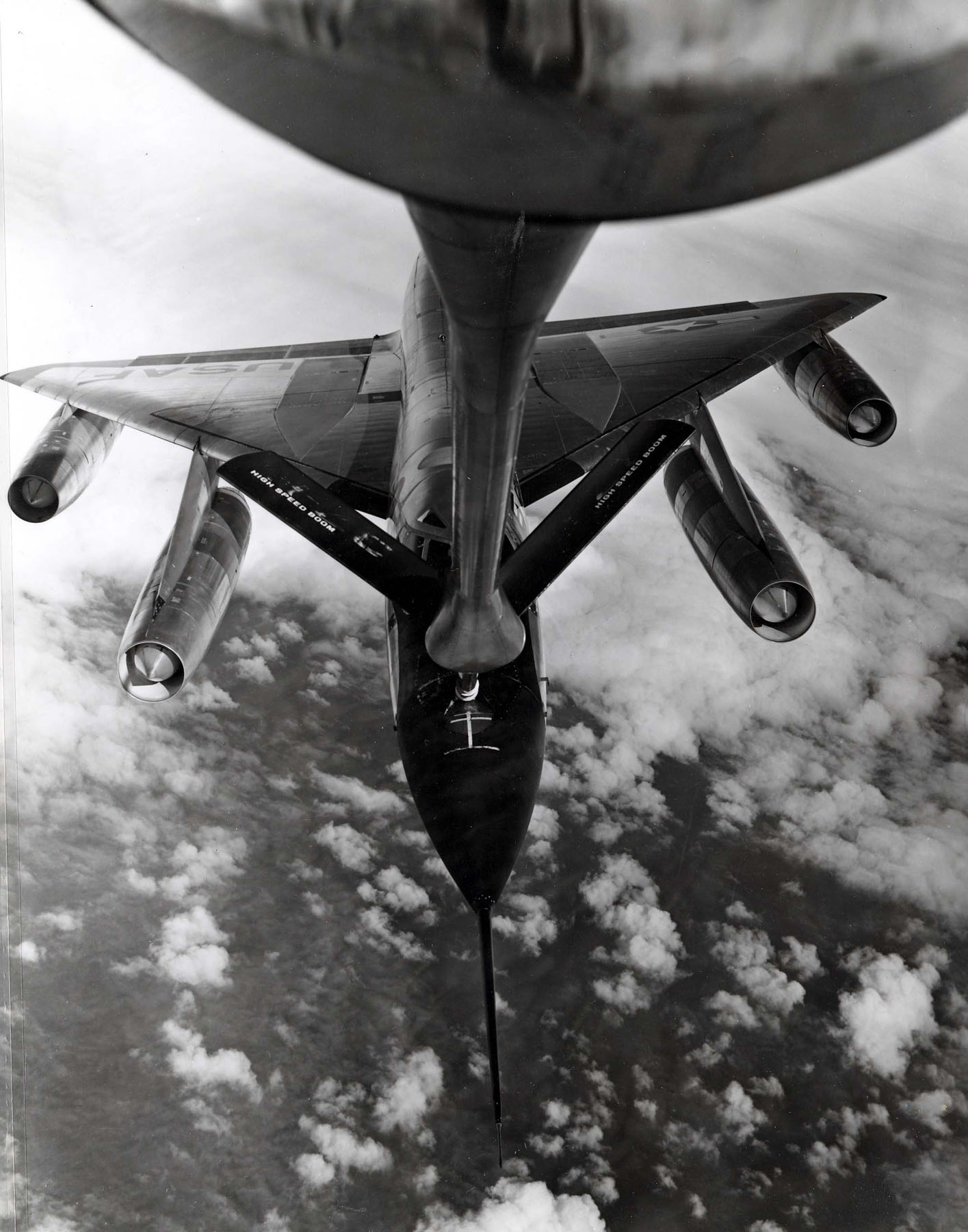 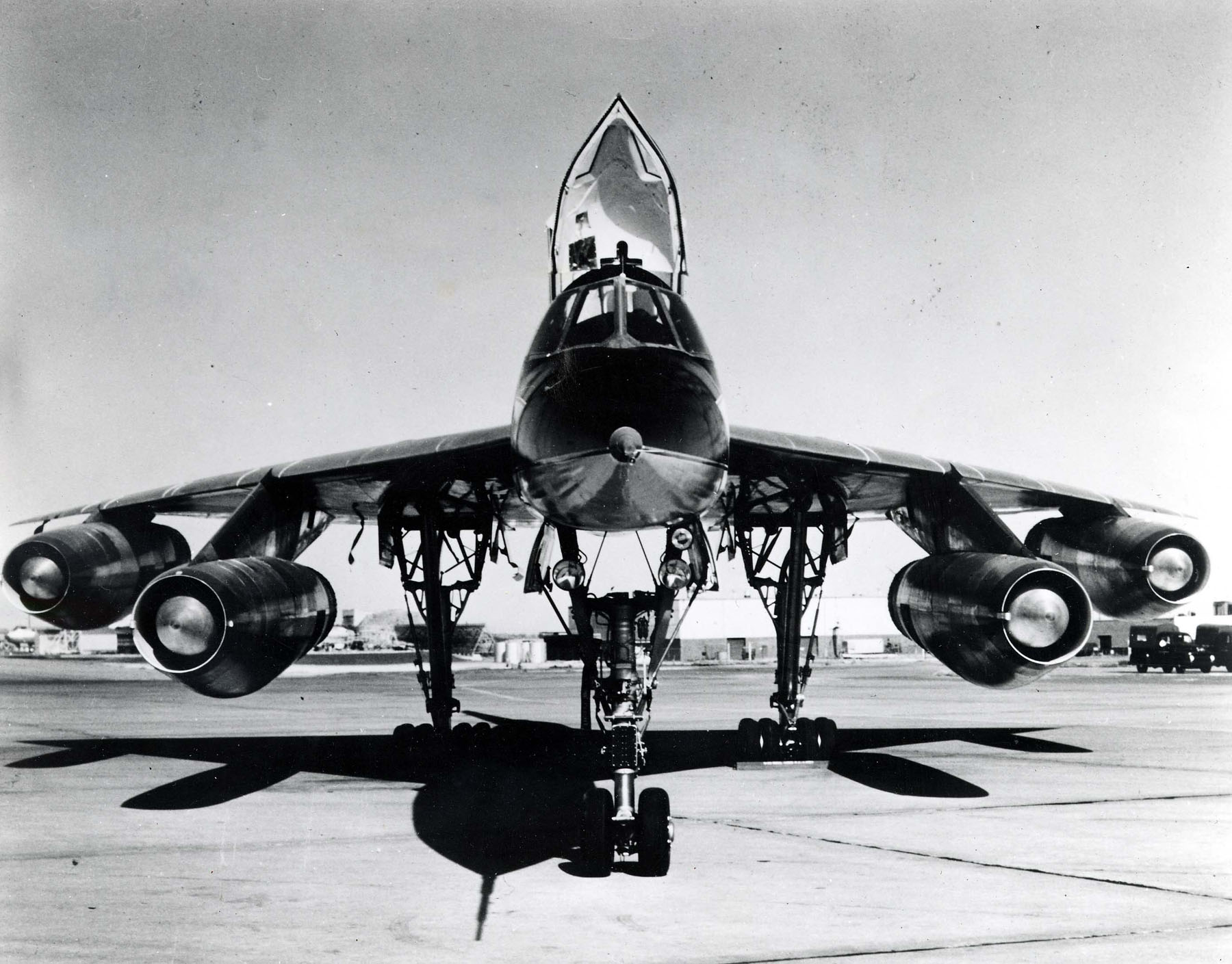 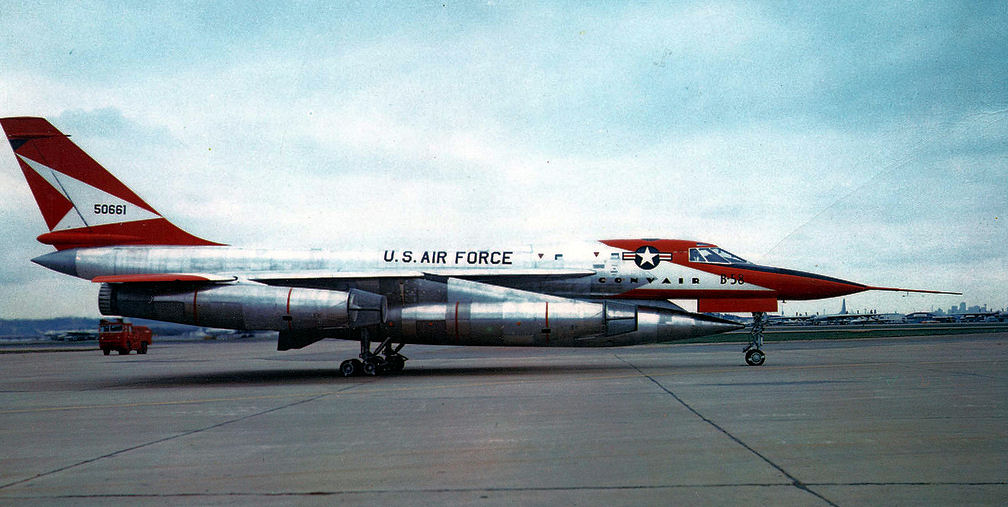 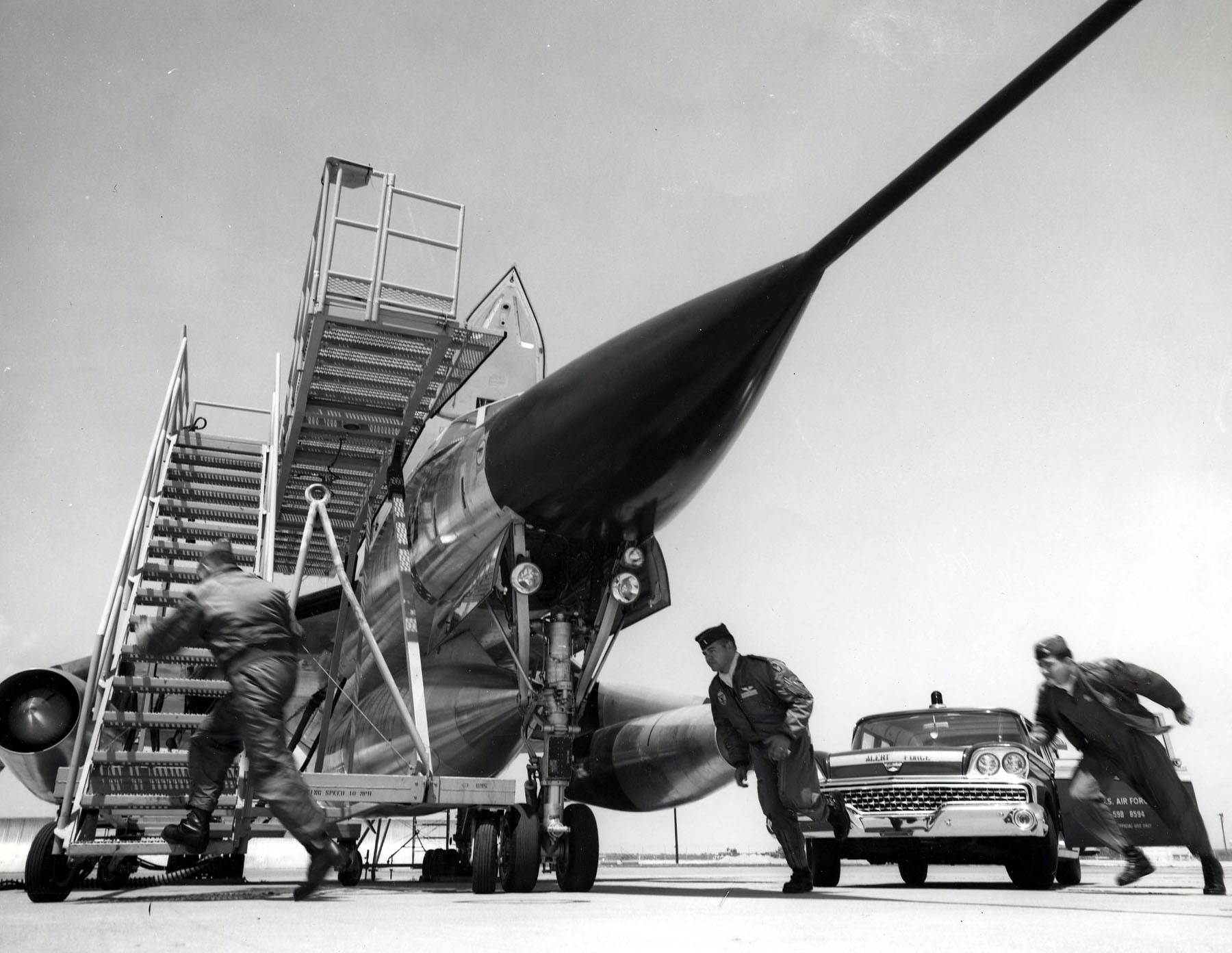 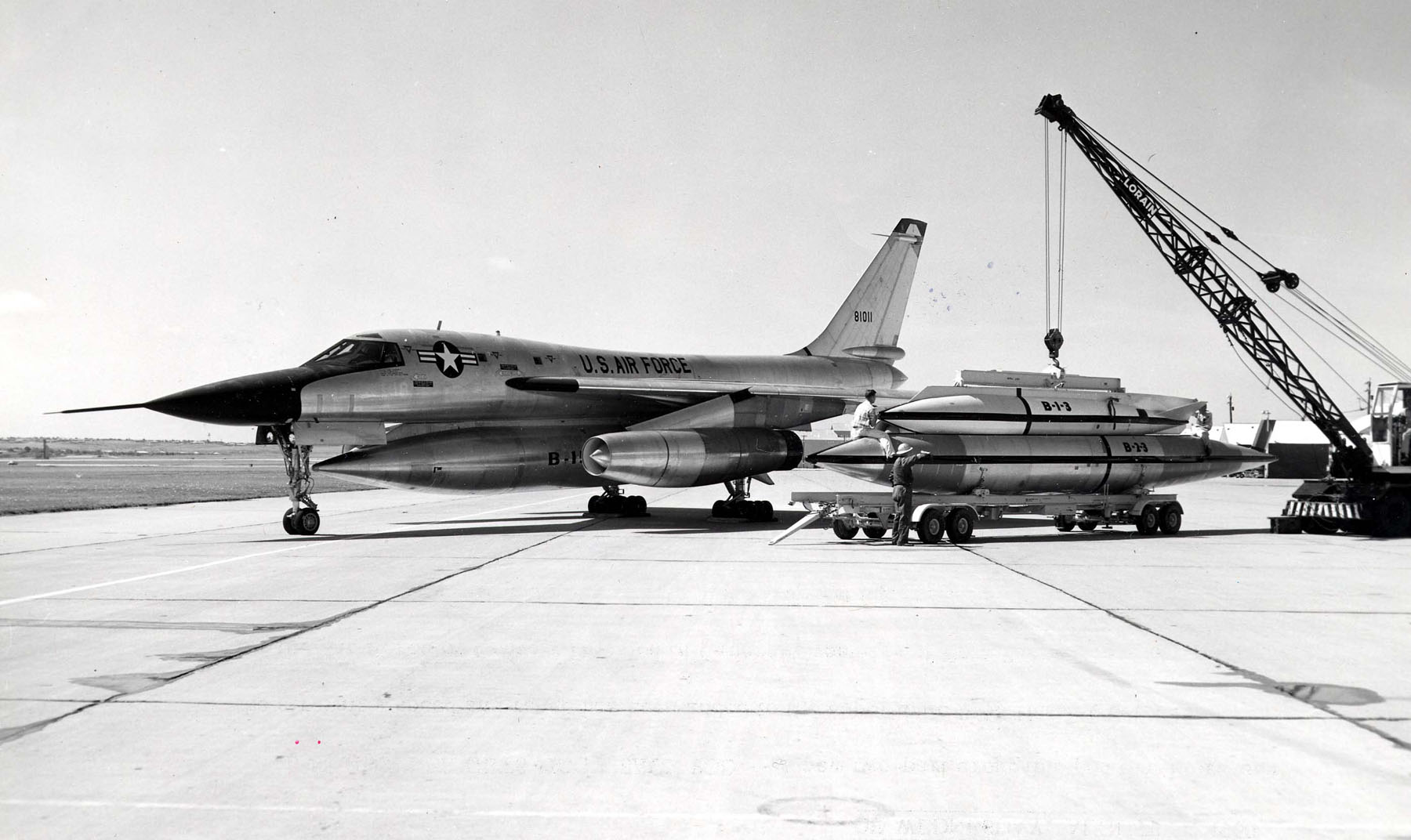 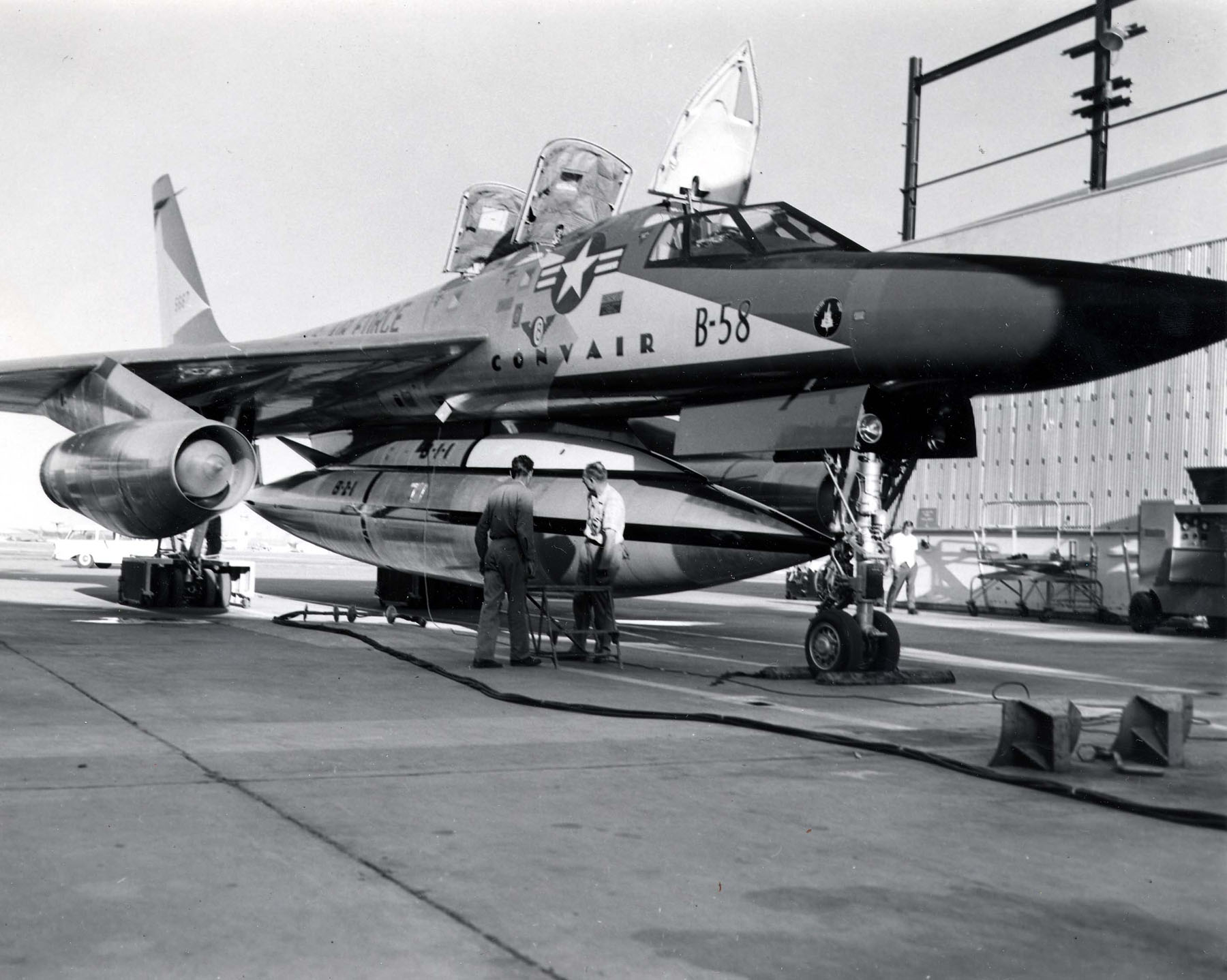 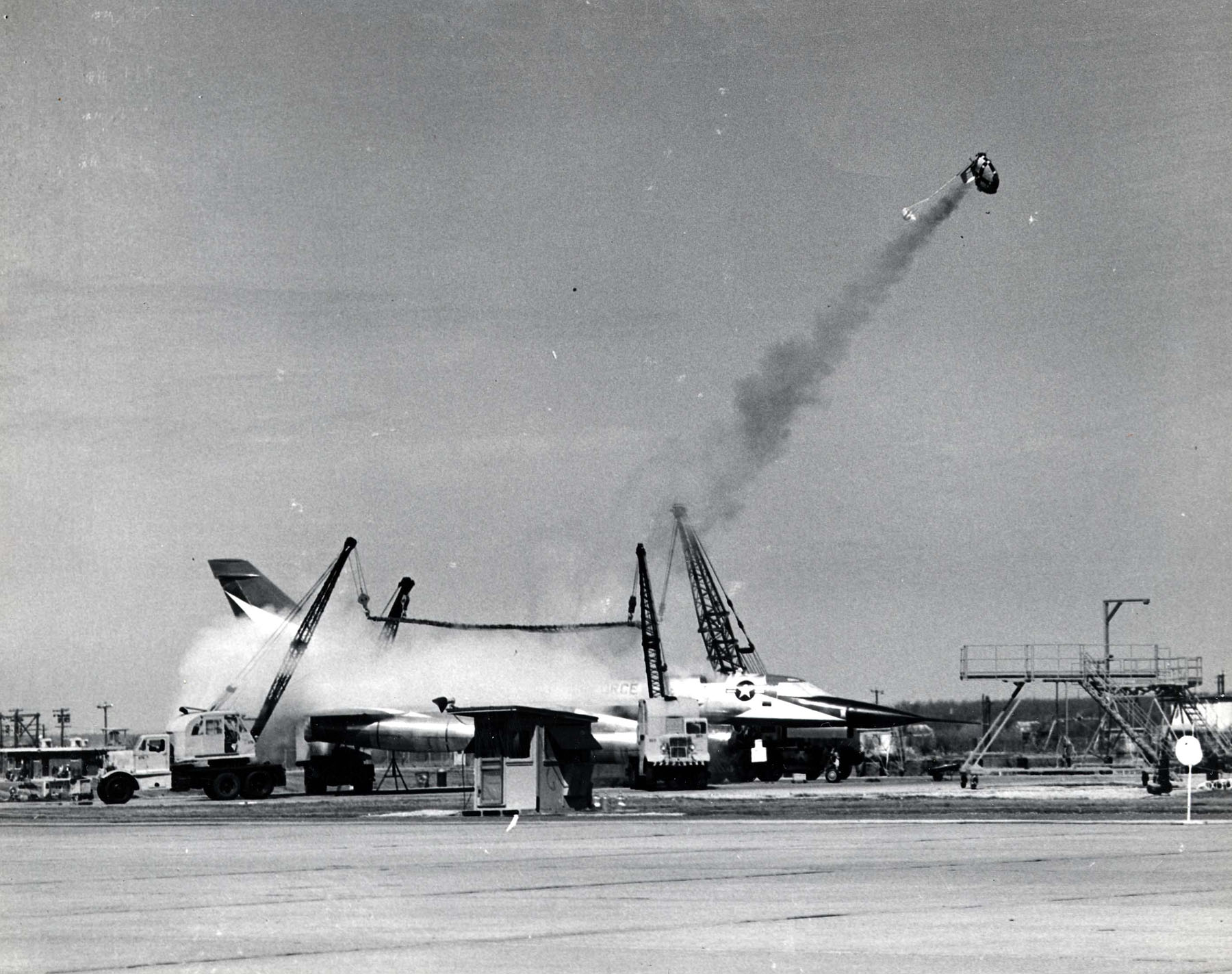 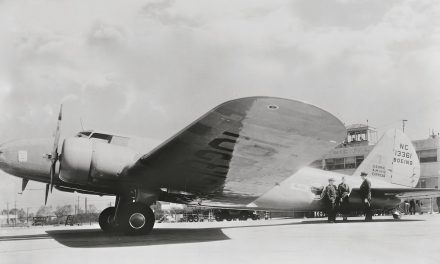 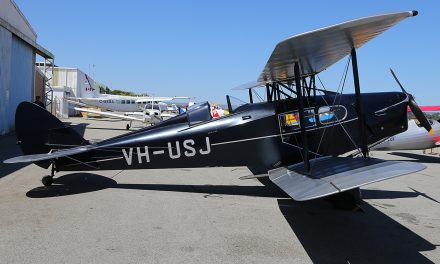