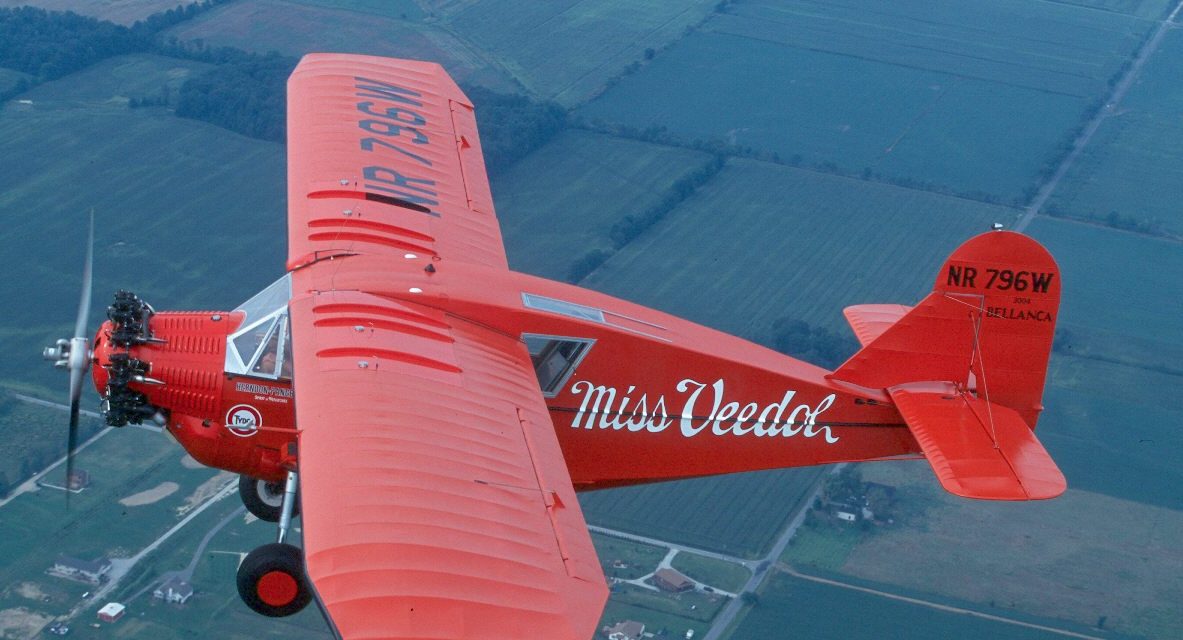 October 3rd, 1931
3rd to the 5th
Hugh Herndon and Clyde Pangborn make the first non-stop flight across the Pacific Ocean, from Samushiro Beach, Japan, to Wenatchee, Washington in 41 hours in a Bellanca J-300 Long Distance Special.

Several major obstacles faced the Americans if they were to
successfully complete the first non-stop Trans-Pacific flight. First,
the Bellanca would be overloaded with fuel; consequently, they
needed an extremely long runway from which to take off. They
solved this problem by moving the plane approximately two hundred miles north of Tokyo to the 8,000-foot runway at Sabishiro Beach.
Second, even with the extra fuel, Pangborn calculated that they
might not have the range to complete the flight if they encountered
anything but perfect flying conditions. Therefore, he designed and
constructed — without the knowledge of the Japanese — a
mechanism that would enable the flyers to drop the Bellanca’s
landing gear once it was airborne. This would effectively increase
the airspeed by fifteen miles per hour or add approximately 600
miles to their range from the expected 40-hour flight.

Final preparations for the flight were completed by the first of
October. Despite the loss of their maps and charts — reportedly
stolen by a radical nationalist society, which hoped to sabotage the
flight — Pangborn was anxious to leave before the Japanese
reconsidered their decision to allow the flight. After waiting several
days for the weather to clear, the Americans began their historic
flight on the morning of October 4th (Japanese time). The big
Bellanca, burdened with 930 gallons of fuel and weighing in excess
of 9,000 pounds — far beyond the manufacturers’ recommended or
even tested specifications — reluctantly took to the air and headed
out over the Pacific. Three hours into the flight, Pangborn dropped
the wheels to reduce wind resistance; the wheels fell into the sea off the Japanese coast, but the landing gear struts did not release.
Pangborn remedied this situation about halfway through the flight
when he turned the controls over to Herndon and at 14,000 feet
above the icy waters of the North Pacific, he crawled out onto the
wing supports and freed the two landing gear struts. His experience
as a wing walker in his early flying days had made the difference
between a successful flight and a crash-landing; an attempted belly
landing with the landing gear struts in place would have proved fatal.

Fighting the bitter cold in the late autumn skies over the Gulf of
Alaska, the two fliers coaxed the “Miss Veedol” toward the U.S.
Mainland. Earlier there had been several large cash prizes offered
for different versions of this record flight, but on nearing the U.S.,
Pangborn simply wanted to put down…. 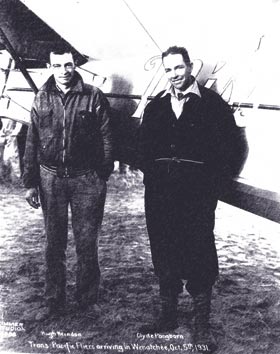 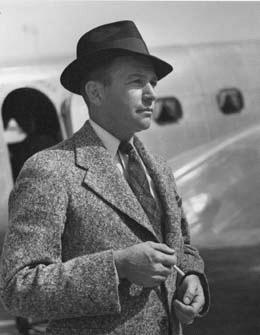 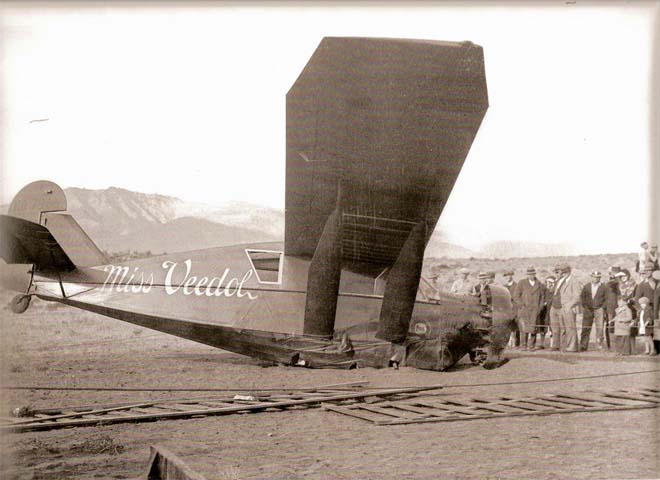 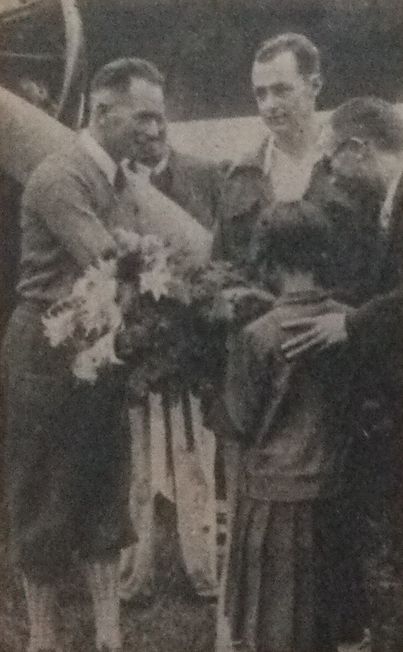 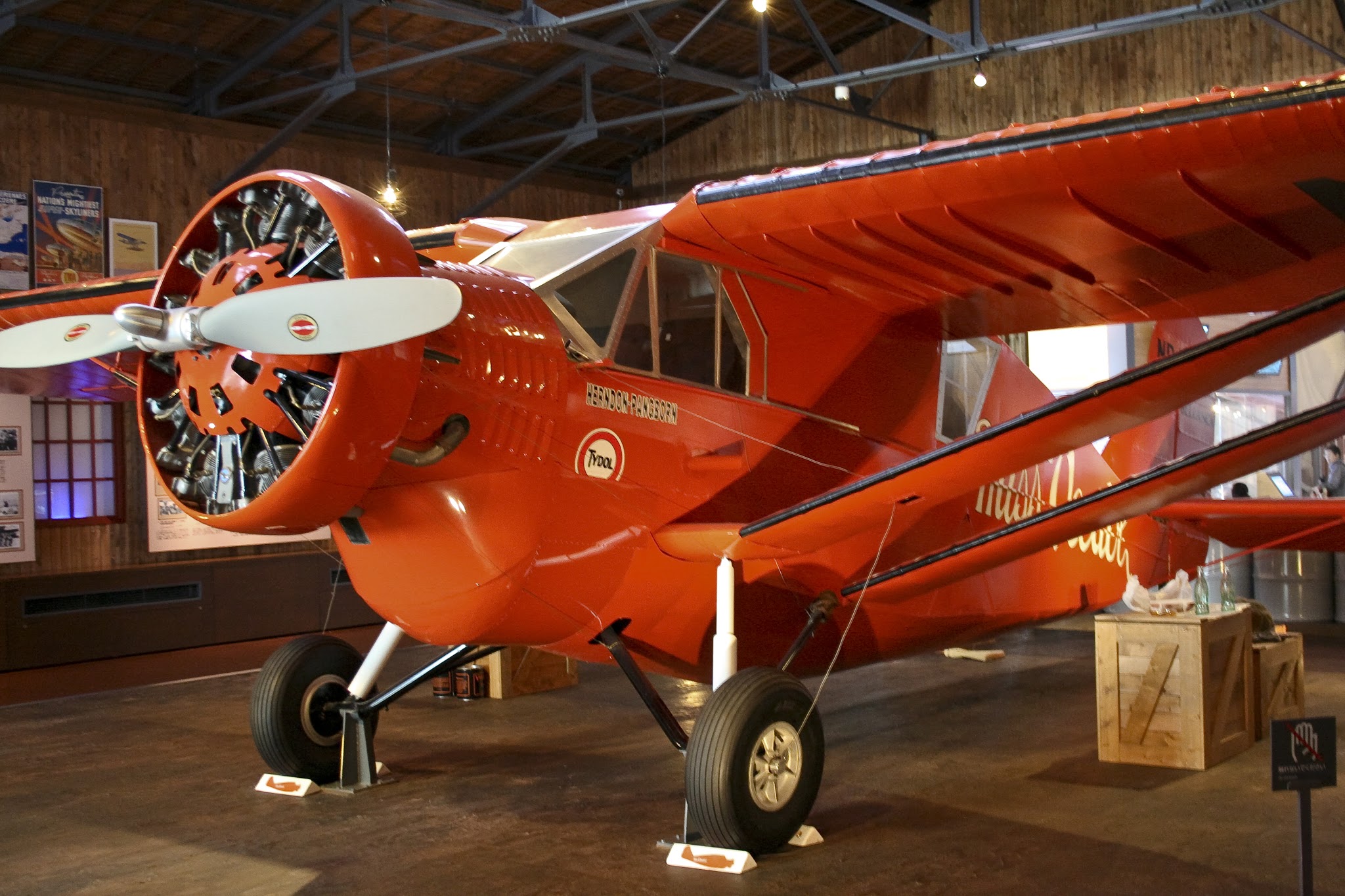 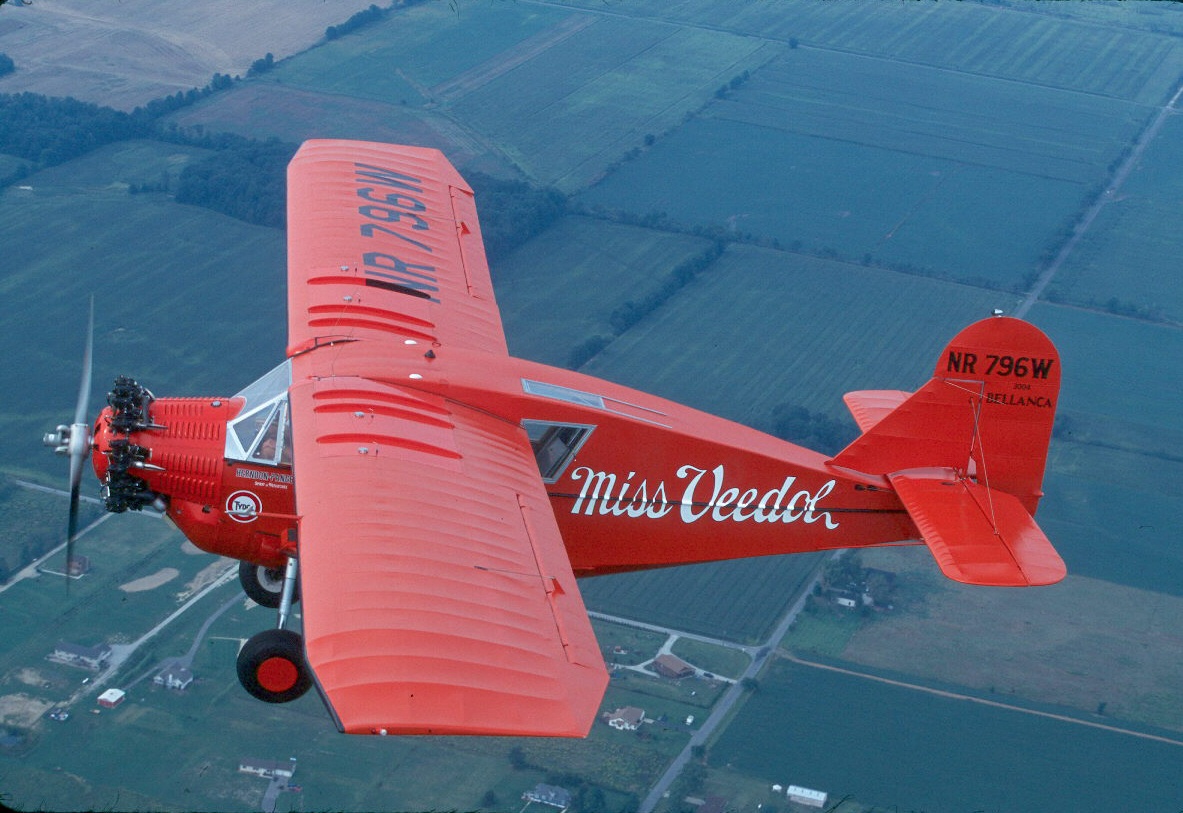 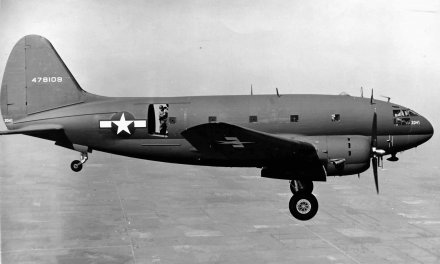