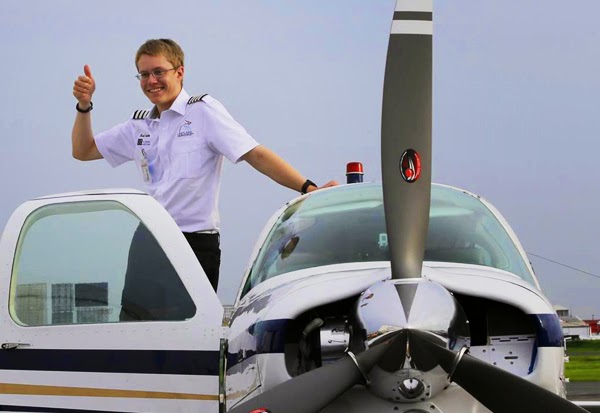 US teen finishes flight around the world

US teen finishes flight around the world

A U.S. teen may have become the youngest person to fly solo around the world.

Matt Guthmiller, 19, completed the more than 29,000-mile (46,670-kilometer) journey in a single-engine airplane Monday night when he touched down in California.

Guthmiller made about two dozen stops in 14 countries during the journey that began May 31, according to his mother, Shirley, who greeted her son after his 16-hour final leg flight from Hawaii.

My first lesson in hot air balloon – 15 feet off the ground in neighborhoods!

Bruno Miraglia Thank you for adding me!

Sailplane to the Stratosphere